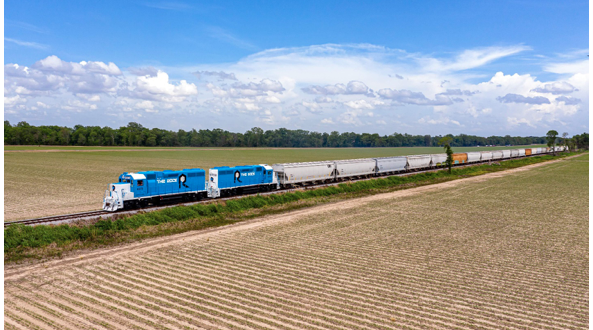 The Rosedale railroad will be re-opened and rehabilitated, county officials said at the Board of Supervisors meeting on Monday.

“We’ve missed industry in Bolivar County because we didn’t have a rail line and that’s a fact. And we need industry in this county,” said Board Vice President Donny Whitten. “I’m excited about this and I hope it moves forward and does not stop.”

Robert Maxwell, Director of the Rosedale Port Authority, said the railway fell into disrepair about 20 years ago and has not been operational since.

Without having a railroad to help ship freight in conjunction with barges coming into the Rosedale port, Bolivar county has been at a competitive disadvantage.

Maxwell said they hope to start working on the railroad within the next 30 days and have the first phase completed within six months, though long-term final completion of the railway will likely take years. The railroad will go from Rosedale to Metcalfe.

Over time, it will help create a “tremendous amount of jobs,” Maxwell said, including indirect jobs with production plants that use the railroad.

During the regularly scheduled meeting, supervisors also received updates from different departments in the county.

EMA Director Michael Lamb told supervisors that Bolivar County is up to 1,224 positive Coronavirus cases and 40 deaths. That’s 106 more cases than the county had the prior week to Lamb’s update, according to data from the Mississippi Department of Health.

Per capita, Bolivar county is experiencing one of the highest infection rates in the state.

Also during the meeting, county engineers announced that the northern half of the Ag Expo building is now completed.

The next regular scheduled Board of Supervisors meeting will be August 8. County Courthouses will be closed Monday, August 7, in observance of Labor Day.