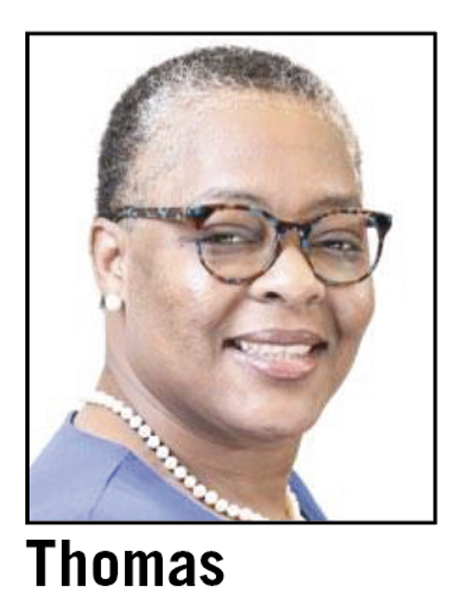 Issue a priority for new mayor

Water leaks throughout the city of Rosedale have plagued residents for years. But, since taking office in January, Mayor Aelicia Thomas has made it a priority to repair the leaks. Almost daily, city crews have been out assessing the various leaks and making repairs.

“We are working on them, fixing them and getting them done on a nice timely basis,” Thomas said.

The mayor said one of the biggest obstacles to repairing the leaks was the lack of a process in reporting the leaks to city hall and follow-up to be sure the work was getting  done. Thomas is encouraging residents to fill out a work order at city hall to report water leaks, whether it affects their property or is one they see in the community.

“The resident fills out the work order and turns it into city hall, I look at it, we assess the issue, sign off on it and give it to the maintenance department,” said Thomas. “We then follow up to make sure the work is done as quickly as possible and keep everyone accountable to make sure this problem is addressed in a quick efficient manner.”

Thomas added that the work order follows the process from the time the leak is reported until the repairs are complete so city leaders can monitor the work flow.

The city has recently dealt with two major leaks in the community. One at the intersection of Dr. Martin Luther King Street and Railroad Street, the other at a fire hydrant at the Rosedale Fire Department on Main Street. Thomas said while the leak on Dr. Martin Luther King Street has been repaired, the leak on the fire hydrant still has some work to be done.

“We have stopped the water from running but we still need to do some additional repairs at that site.”

Thomas added that while they will continue to repair leaks around time, she said the city infrastructure could probably use some updating. But putting in new pipe throughout the community isn’t in the budget at the moment.

“We will continue addressing the problem as best we can with the man power and resources we have.”

Thomas said so far, the cost to the city to repair the leaks has not been a big burden on the towns coffers. She said primarily it has just been a matter of man power.  The Bolivar County Board of Supervisors has sent a backhoe and an operator over to dig out a leak when needed, allowing the Rosedale employees access to get the repair made.

To help prevent the flooding of streets and homes, Eddie Lee Smith with the city maintenance department has asked the city council to encourage residents to clean the ditches in the front of their homes. And to clean their yards to prevent leaves from clogging up drains and culverts and affecting the flow of water.

“This is a big issue,” Thomas said. “You see less water standing where folks keep their yards clean. The water just flows better when debris doesn’t clog up the culverts.”

To help with another water issue, the city has recently been awarded a $450,000 Community Development Block Grant to help with the sewage pumping station. Thomas said they have nine pumps, all of which are working, but the grant will cover repairs to three pumps to get them back to full operating capacity.

Rosedale residents can report a leak by filling out a work order obtained from city hall.