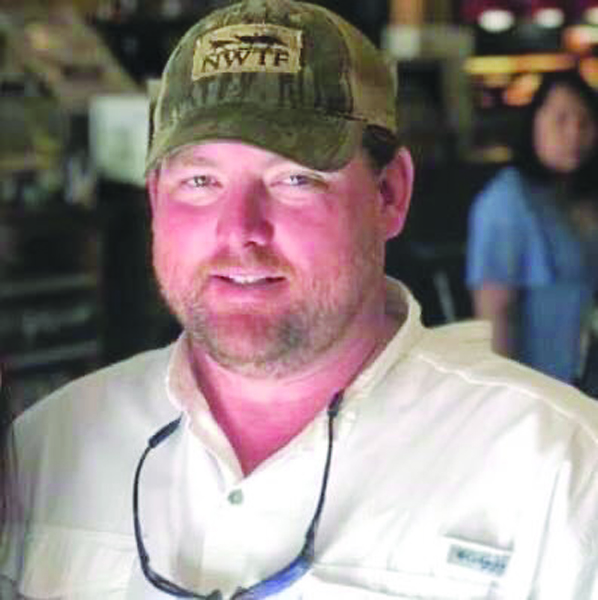 McNutt, a farmer by day, brings 19 years of experience to the job including a lengthy stretch as a training officer with the East Union Volunteer Fire Department for six years and a career fireman at the New Albany Fire Department. He moved to the Delta in 2010 and worked first with the Bolivar County Fire Department before moving to Ruleville and joining its department. He will oversee a crew of 19 volunteers who are on call 24/7, without pay, of course. “We have a contract with Sunflower County but are owned by the City of Ruleville as their fire department and our coverage area within which we work is 88 square miles,” said McNutt.

A nomination process is held every year and new officials are elected within the department, said McNutt.

“You have to be nominated by a fellow member before you can be elected and that was the case in my being named the new chief,” said McNutt. “No one else’s name was brought up, I understand, which was humbling. We then went through a formal voting process and I received a unanimous vote. It’s quite an honor. I’ve already set both short and long term goals for the improvement of the department and to make this a better community. We are currently a Class Seven fire department and there is a strong possibility we go to a Class Six or even lower. That’s important because the lower you go the more money homeowners will save on their insurance. This all goes through and is rated by the State Rating Bureau through the Insurance Department. There are all kinds of processes and hard work that has to be done every single day with a volunteer fire department. I think there’s a misconception that we’re just a bunch of guys that get together every now and then and help put out fires. But there’s a lot of administrative work that goes into what we do, too, and that all will now fall on my shoulders as the new Chief. We have to maintain our equipment, have 40 hours a year of additional training and 12 hours of that has to be done at the state’s Fire Academy. As a Certified Instructor myself, I teach some of those training classes myself. It’s a lot of work, but it’s work that I love.”

Averaging between 80 and 90 calls a year, the Ruleville Fire Department last year added the jaws of life to their equipment, a critical tool for car extraction and life saving where every single minute counts after the wreck, explained McNutt.

“Now, instead of having to call Bolivar County or Indianola for the jaws of life after responding to a wreck, we can handle it ourselves,” said McNutt.

As Chief, McNutt’s main responsibilities include overseeing all day-to-day business aspects of the department, acting as an administrator,  and “having the captains report to me directly since the captains’ main duties are going in and overseeing the firefighters.

“It’s a strict chain of command, very structured and unified profession. When asked what he might like to accomplish in his new role, McNutt answered, “This is a structurally sound department already. I have big boots to fill and it’s an honor to step into them. I do know that, within a few years, we’re going to have to buy a new fire truck to keep up our rating and they run anywhere from $300-400,000–they’re expensive. I’d also like to see us add more intense training here on the force. As a City department, we do have a small budget that is derived from property taxes and I report to the Mayor and the City Board. We also get some County funding–the County provides one of our trucks, a Class A Pumper, but the City truck we’re using now is the one we need to replace and upgrade,” said McNutt. “We also receive some rebate money from the State Insurance Department based on population, call volume and other factors.”

New Captain Zac Tollison, who got his start with the Minter City Fire Department as a young man, joined the Ruleville department in 2007. A Ruleville native and current full time farmer like the Chief, Tolleson says his becoming a volunteer was really a calling and a desire to help people.

“We’ve got a really great department here in Ruleville,” said Tollison. “Even as volunteers, many of us come to the station on a daily basis to inspect equipment, make sure everything is up to speed and just to build comradery.”

Tollison was elected as a captain by vote of his peers, just as Chief McNutt.

“After we lost our great former chief Jack Griffin, really unexpectedly, our elections came due in October. Sam Goss was our prior captain and had been here for at least 15 years. He decided to step down and retire from his position and that’s the opening I now fill after being elected by my fellow brothers. And, I have to say we elected another great Chief in Matt McNutt. He will do an excellent job with the experience he has and the Ruleville Fire Department and our community will benefit greatly from his leadership,” said Tollison.