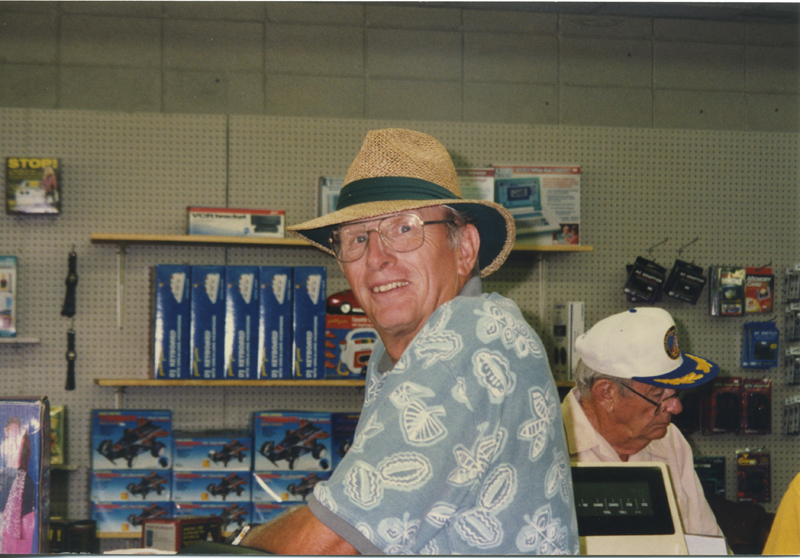 Was once a Cleveland landmark

If one grew up in Cleveland in the 1970s and 1980s, he or she spent considerable time in a little record shop in the Western Plaza.

Sound Center was not only the place to buy the latest Top 40 hits, it was also a haven for those who wanted the latest technology, from televisions to car stereos. The late Fred Rogers was the man behind the movement, whose customer service could not be matched.

“My dad was an employee at Decca records in Memphis, Tenn. He then became the record buyer for Pop Tunes for this regional distributor,” said Brent Rogers, Fred’s oldest son. “He met lots of people all over the Southeast through the company and eventually decided to take a position with, and a small partnership with, a man named Jay Harris from Clarksdale.  Jay had secured the Southeast Regional Distributorship of Panasonic electronics and was going to develop a small, franchise-type record shop that would also carry Panasonic electronics. This would have been very risky in the early ’70s with the ‘Buy American’ loyalists. It was a GE, RCA and Zenith era and many people would not even consider the choice of a Japanese import.”

This proved fatal for Jay’s business in the end, but gave Fred Rogers the opportunity to purchase the remaining interest in the Cleveland and Indianola stores.  Jay’s brother, Jimmy Harris, also bought out the Clarksdale store.  And, that is how “Sound Center” was born.

“The Western Plaza was the only place the Sound Center ever really existed. Although it eventually moved, it never really became the Sound Center that we all knew and loved,” Rogers explained. “The Western Plaza is what gave life to the Sound Center. All the businesses that were in that shopping center were like family, and it was fun to be around the place. They had a blast with each other: Johnny Arnold, Fount Ray Armstrong, Mr. Campbell (the pharmacist), Stan Standroni and my dad would constantly play pranks on each other.”

While he was capitalizing on the times of music and technology and was a master of sales, there was one aspect of his business of which Rogers knew little.

“Believe it or not, my Dad knew nothing about electronics and couldn’t begin to tell you anything about televisions or car stereos. Very few people knew that; he always hired the local guys who knew about them. He would keep up with pricing and margins and would always know what was around the corner in technology, but knew very little about how any of it worked,” said Brent Rogers. “He knew everything about the record business. He knew labels and artists, bands and tours. He could tell you every artist that ever recorded a particular song, and most of the time he knew who wrote the song.

So, those he employed that knew technology were very dear to him. He admired their abilities and provided them a place to not only show it off, but to have a sense of fun and family.

“The employees were the heart and soul of the business. My Dad realized early on that in order to sell, you needed to get people in the store. He did that by hiring great people, and the store became a hang-out for young kids as well as adults,” Rogers said. “People wanted to know what was going on, and they came by to see.  The early years it was Bill Hurt, Cliff Mitchell, Mark Williams, and Chet Norton. Later on it was David Norquist, Ken Mullins and Stephen Pyles. The next generation was guys like Jeremy Jackson, Robert Montesi, Clay McKee and John Lovett. There were a lot of guys that were crucial parts of the business like Jon Stewart, Jay Melendrez, Mark Busker and so many others that were there before my time.”

Among the employees were Brent and his younger brother, Stoney. The two grew up in Sound Center, listening to music and the good times between their father, customers and employees.

“My brother and I probably couldn’t tell you when we started; we both just started coming in after school and hanging out,” said Rogers. “This later turned into more responsibilities and later became permanent employment.  I don’t think either of us would have thought that we would have worked there forever.  It was like home. I think we both thought we would eventually move away.  My brother left shortly after college to pursue a teaching career and is currently on the Gulf Coast, where he is the tech guy for the district. Go figure.

“I stayed around a lot longer and took over the business as my Dad’s health made it harder for him to keep up with the business.  The Sound Center was a huge part of my life, as well as my family’s, and never a day passes that I don’t miss that place and what it would mean to my kids and their friends to have a place like that to hang out,” he added. “But, all great things have to come to an end, and as my Dad’s health became more of an issue, the family decided that it would be in the best interest to let the business go.”

The Sound Center was a local trademark built on the culture and the vast personalities of the employees, but at the end of the day, it was Fred Rogers who made it what it was. When he left, so did the Sound Center.