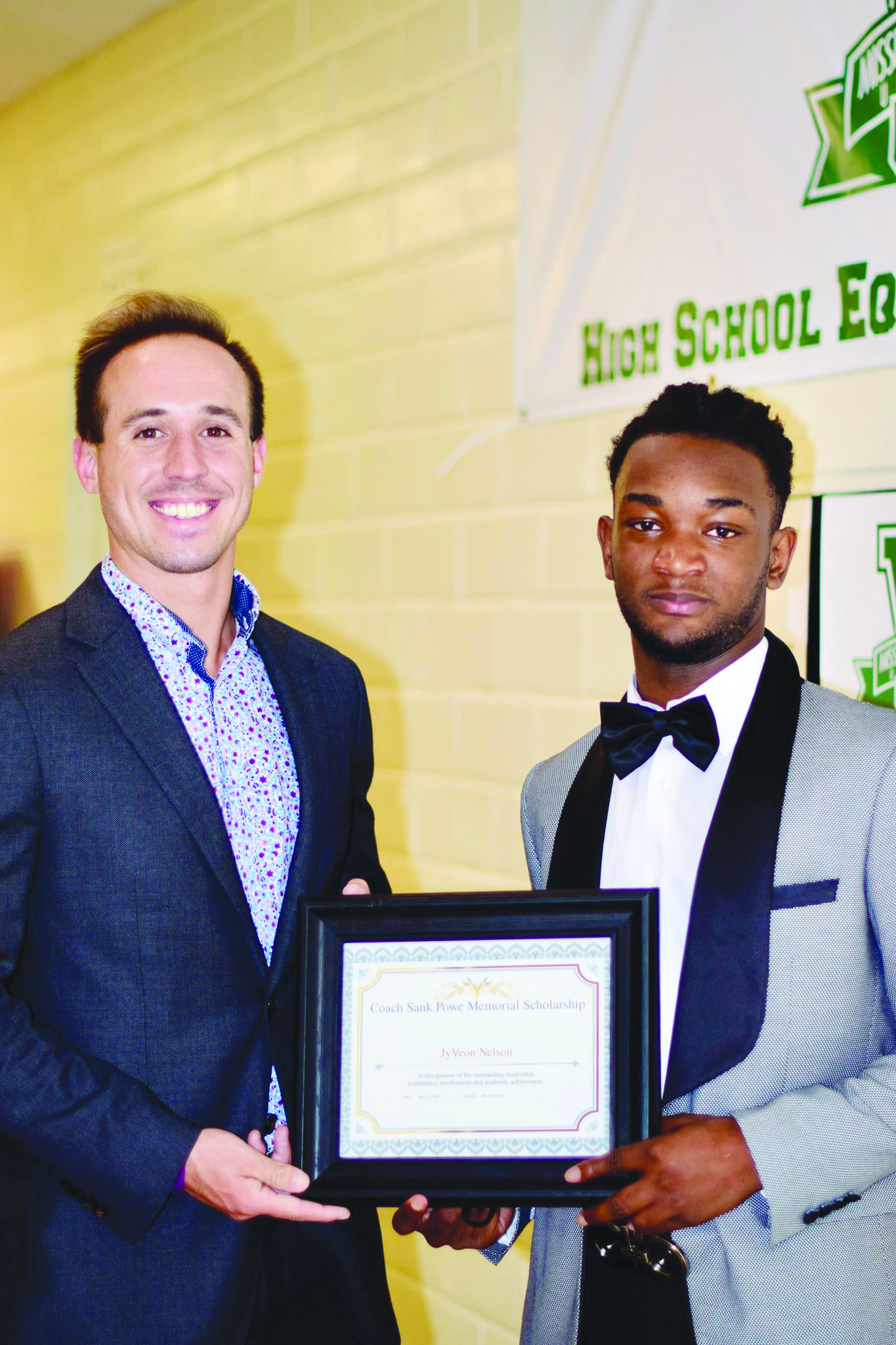 This year’s recipient of the Coach Sank Powe Memorial Scholarship is Delta Streets Academy high school senior JyVeon Nelson of Itta Bena, Mississippi. The son of LaGhana Nelson of Austin, Texas, and the grandson of Linda Toy of Itta Bena. Nelson is an accomplished student ranked second in his graduating class, and is a member of the Delta Streets soccer, football and track teams.

As the 2021 award recipient, Nelson will be awarded $300 scholarship to pursue his college studies at Morgan State University in Baltimore, Maryland.

Mississippi Delta coaching legend Sank Powe called the Delta’s youth, “Our most precious resource.” It is the intent of the Sank Powe Memorial Scholarship to honor the Hall of Fame Coach’s legacy by recognizing and celebrating those Delta students who share his desire to make a difference for the region’s next generation.

Beginning this year, the Coach Sank Powe Memorial Scholarship is partnering with the Boys and Girls Clubs of the Mississippi Delta in an effort to effectively reach more of the student-athletes who mirror Coach Powe’s values.

“We are proud to partner with Kevin to ensure this scholarship continues to honor the memory of Coach Powe,” said David Dallas, chief executive officer of the Boys and Girls Clubs of the Mississippi Delta. “As a graduate of Cleveland High School where he coached for many years, I personally recognize the lasting impact Coach Powe had on so many of the Delta’s youth.”

The Coach Sank   Powe Memorial Scholarship was established in 2013 by Delta native, Kevin Muzzi. Muzzi is a graduate of St. Joseph Catholic High School, as well as Dartmouth College where he earned his bachelor’s degree, and Delta State University, where he earned his master’s degree.

“Coach Powe made the Mississippi Delta a brighter place to live, and his commitment to mentor the Delta’s next generation of student athletes greatly influenced many young people, myself included,” said Muzzi. “While I no longer live in the Delta, I credit Coach Powe for helping lead me to a career in athletics.”

The  Coach Sank Powe Memorial Scholarship is awarded annually to graduating Mississippi Delta high school seniors planning to attend a two-year or four-year institute of higher learning. To be eligible to apply for the $300 scholarship(s), a student must be a senior in high school, must participate in at least one athletic activity, and must have a high school grade point average of 3.0 or higher.

For more information, contact Kevin Muzzi at (662) 402-1541 or visit, www.facebook.com/SankPoweMemorialScholarship.