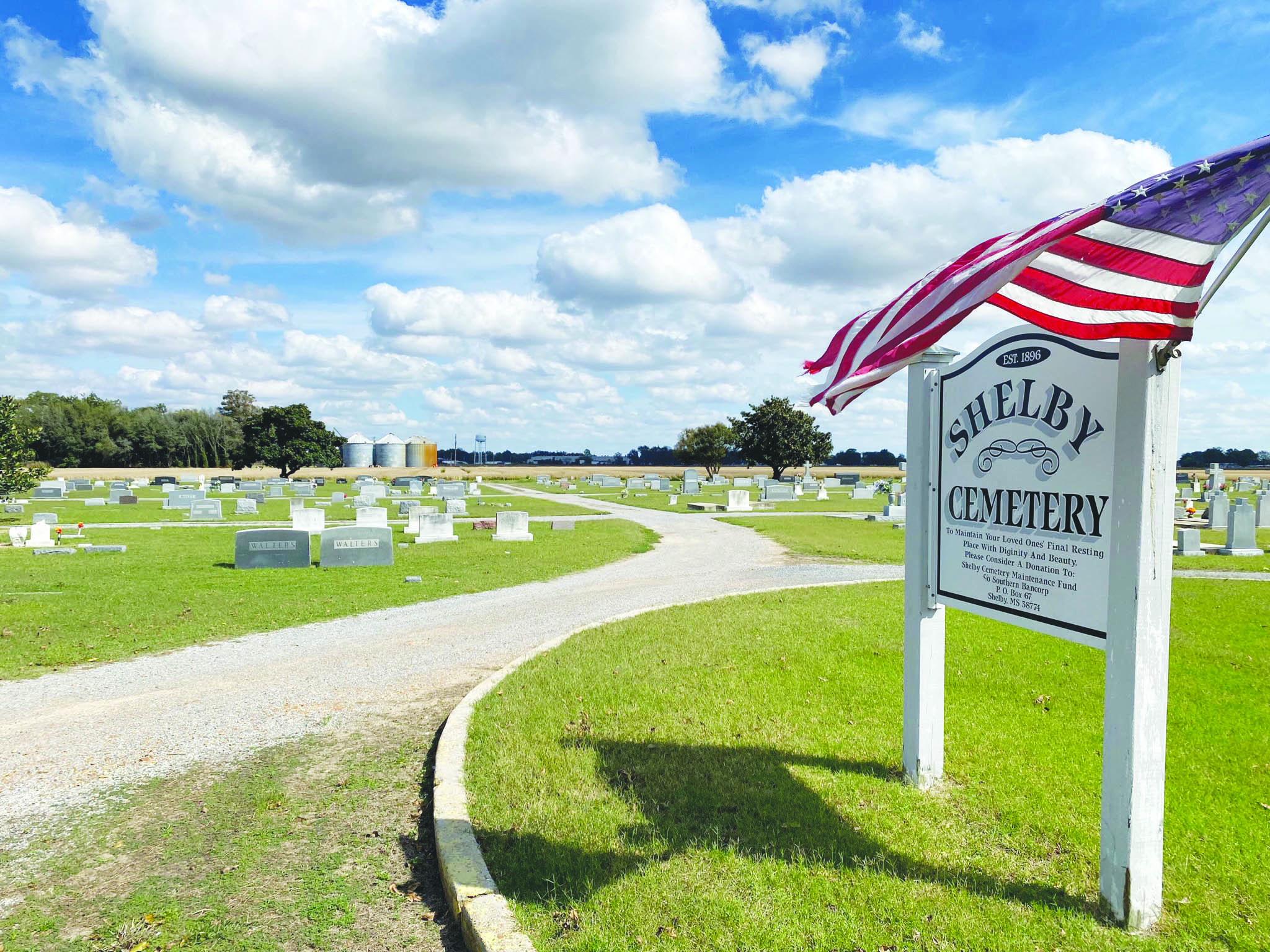 Maintaining the grounds through

Shelby Cemetery has been a part of Shelby. for generations, as the historical markers there can attest. For a long time its maintenance and upkeep was the responsibility of the town itself since the city owns the land, but unfortunately with other things going on, that wasn’t always the best possible practice when it came to keeping the grounds as clean and pristine as they should be.

“We started the Shelby Cemetery fund because the cemetery just didn’t look the way many people thought it should,” said Emma Jean Thompson. “And, when you have a cemetery as old as this one, with families going back for generations, it was very important to us that this cemetery be taken care of. So, Junior Campany and I began to talk about putting this together. And, when we did, we relieved the city of their obligation and took over the mowing, cleaning and general upkeep of the cemetery. And, I do have to mention Lee Burke who was at the Bank of Bolivar at the time and was instrumental in helping us create the fund at the bank and took care of the cemetery books, such as who bought a plot, when, and how much they paid. Sadly, Lee passed, so we have Lyle Dilworth helping us in that capacity now.”

Several of the other founding members have also passed, but Thompson and Letchworth still oversee the fund and the cemetery.

Contributions to the fund began when Thompson sent out letters to every person from those cemetery books who owned a plot or their family members explaining the fund and why they had taken over the upkeep of the cemetery.

“Everyone knew that the cemetery had fallen into pretty bad shape,” said Thompson. “It took a few thousand dollars and some time to get it up to par. But, to start the fund, I sent out probably 200 to 300 letters explaining about the fund and asking for pledges from family members and others. These great people started sending in money: $10, $20, $100, just whatever they could send. And, of course, we sent every person a thank you note. If they sent $1, they received a thank you note from the Shelby Cemetery fund. We opened two accounts at the bank with that money: one for maintenance and one for perpetual upkeep. Of course today, we only have the one overall general fund.”

Thompson said that two of their largest contributions came from the Shelby Country Club and First Bellevue Baptist Church.

“The Country Club sold and the money that was left over in their own fund, they pledged to the Shelby Cemetery fund,” she added. “And, it was wonderful that was appreciated what we were trying to do and helped us with it. I led the singing at First Bellevue Baptist Church for years and we had to close our church two years ago. The church had money in its accounts after it closed and that was also donated to the Shelby Cemetery fund. And, these contributions were a Godsend toward our efforts.”