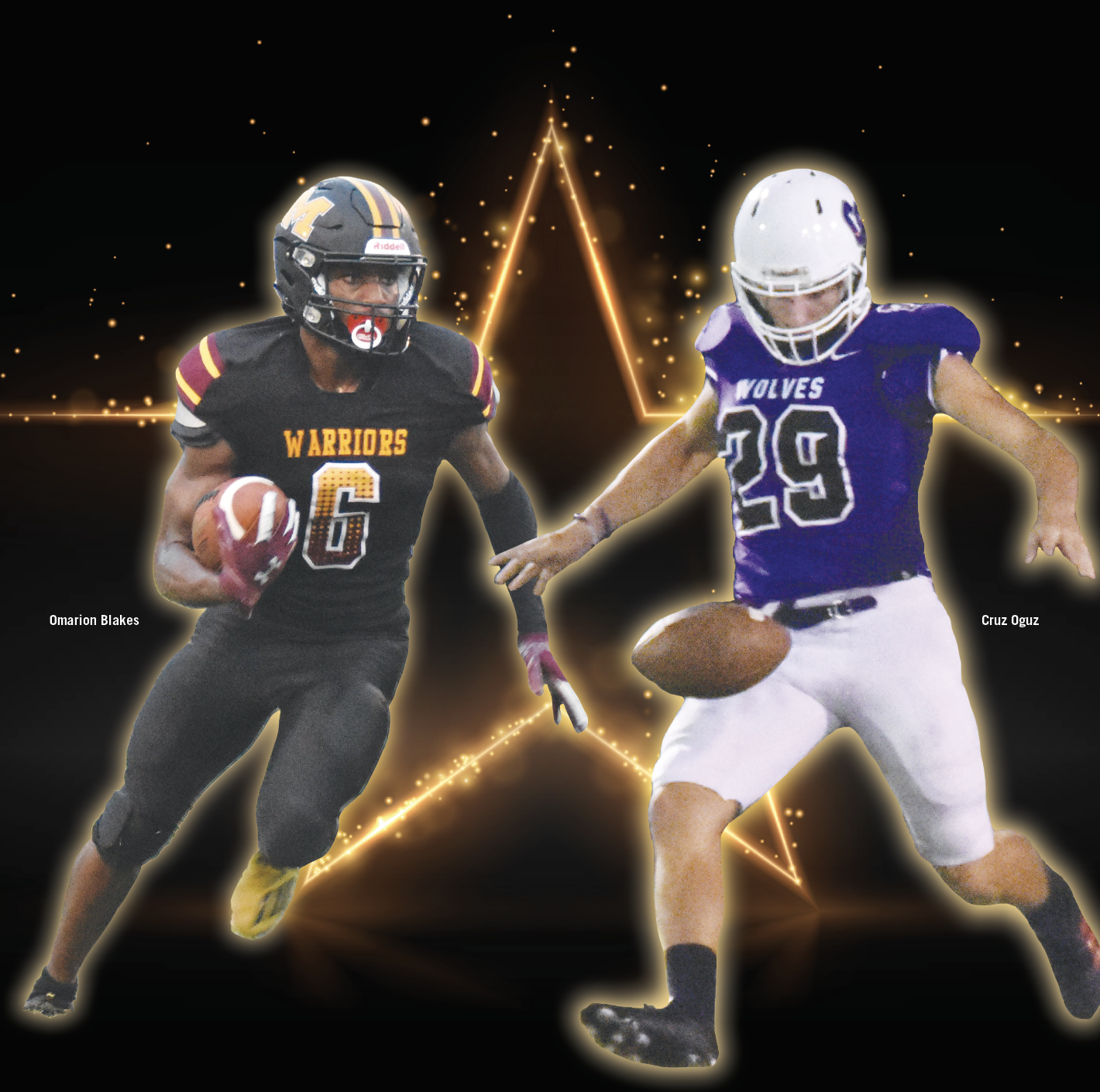 Blakes had eight interceptions with two returned for touchdowns entering the Warriors’ second round game against Tupelo Christian Prep in the Mississippi High School Activities Association 1A State Football Playoffs. His production has been key in the Warriors making their first postseason appearance since 2017. When Blakes isn’t playing defense, he can play any position on the field on offense including quarterback.

“It’s a blessing to have a kid like Omarion Blakes,” said McEvans Head Football Coach Montrelli Finley. “He’s an A-student. He’s got speed, quickness and he’s strong. Defensive Player of the Year in our district, you can’t ask for a better player than Omarion Blakes. He’s just an awesome kid.”

Oguz, a junior, had an excellent year as he kicked 28 extra points and a field goal for the Wolves in 10 games this season. He also did a solid job punting the ball and had touchbacks on 75 percent of his kickoffs. This is the second straight year Oguz was awarded for his kicking as he was named Region 2-5A Kicker of the Year last season.

“Cruz puts in a lot of time,” said CCHS Head Football Coach Kendrick Woodard. “He doesn’t specialize in doing one thing. He does a great job of kickoffs and putting our defense in great field position. He did a great job of punting. Traditionally over the last couple of years, schools in the Delta are limited when it comes to PATs. We had a weapon this year that allowed us to count those points in. It was almost automatic when it came to kicking PATs. Cruz is also a heck of an athlete and a great guy.”

On the All-Region 2-1A team, Blakes had plenty of company from his teammates. Running back Dwight Phillips (Sr.) and wide reciever Jalen Smith (Jr.) were named first team on offense, :linebacker Brenton Hall (Jr.) was named first team on defense, quarterback Mark Dorsey (Sr.) was named second team on offense, and nose guard Delvin Jordan (Jr.) and linebacker Brandon Hall (Jr.) were named second team on defense for the Warriors.

“It just shows the work those guys did over the years,” said Woodard about his all region selections. “Those guys have worked for three years. To see them get rewarded, it shows them that hard work really pays off. The majority of those guys are seniors and had a rough three years. Before they left high school, they got a chance to experience the playoffs. I”m just happy for those guys.”