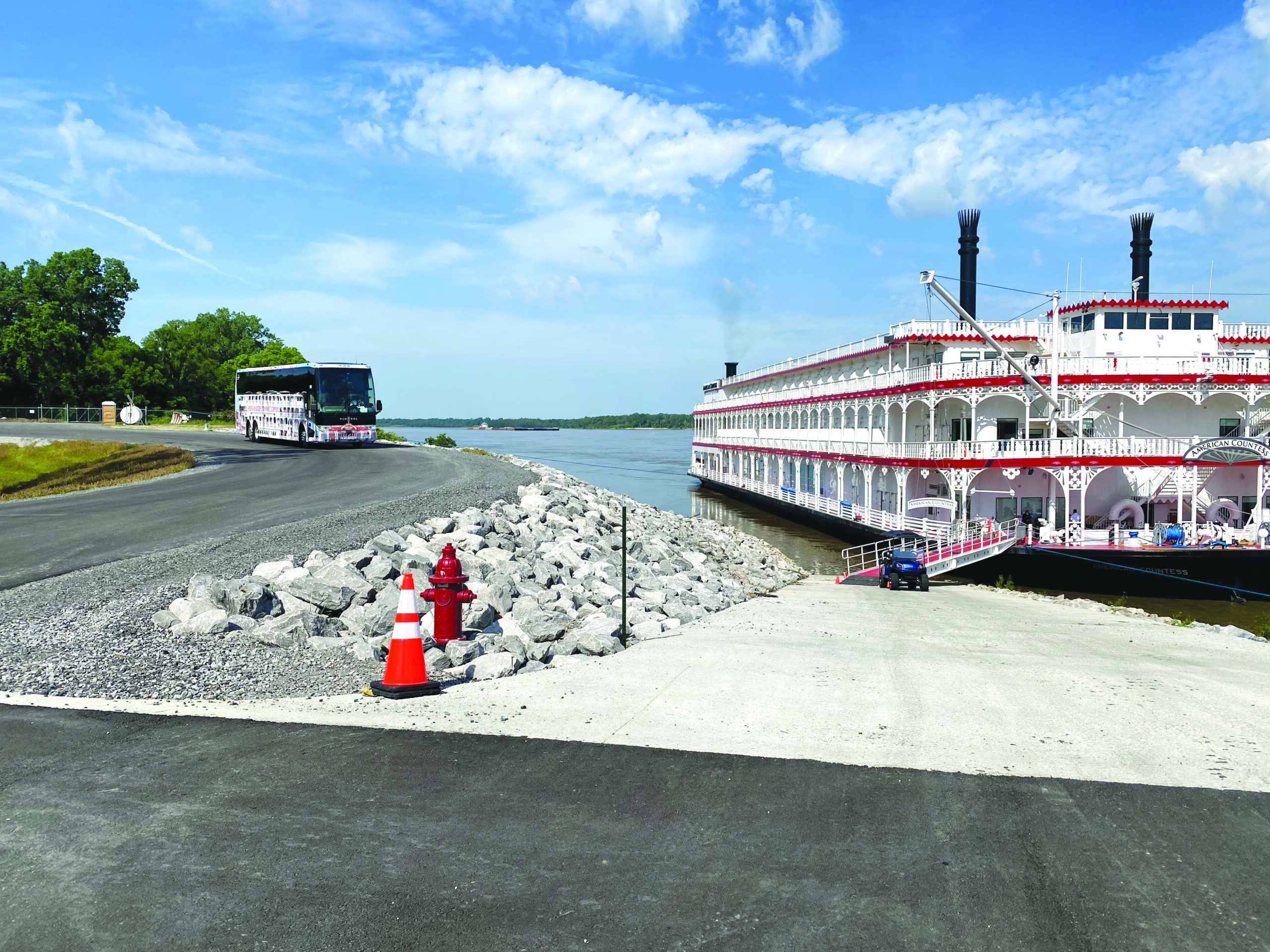 The first phase of work on the construction of the Terrene Landing River Park at Rosedale is finished. However, work for the second and third contract to complete the park may not take place as quickly as originally planned.

Project engineer, Josh McPherson with Eley Engineering in Cleveland, said the lack of supplies and their increasing costs are having a direct impact on getting started or completing the second and third phase of the project.

“The price on some of the products and supplies we need have gone up by more than three or four times,” said McPherson. “And, there are major delays on delivery.”

McPherson said they had planned to begin work on Contract 2 which involves putting in water lines at the park, but the rising costs and lack of supplies have kept crews from starting the work. He said they bid out the water line work, but no one bid has been received.

“You just can’t get the size PVC pipe we need for this job right now,” said McPherson. “We are looking at other options to get water to the park.”

There is no water service currently at the park. Water would be used to supply fire hydrants and yet-to-be-built restrooms.

Despite the delays, McPherson is pleased with the way the project has gone during the first phase of construction. This included clearing the site, bringing in dirt to elevate the site, improving the boat ramp, building, paving and striping the parking lot and stabilizing the banks of the river at the park.

Contract 3 includes building a pavilion, restrooms, sidewalks, handrails, lighting and benches. McPherson said they are going to put out the call for bids but he isn’t hopeful this phase will begin on schedule. Nor what it will do to the budget.

So far, $1.5 million has been spent of the original $2.2 million allocated for the project.

Money to build the park came from the State of Mississippi, the federal government in the form of matching grants, the Mississippi Dept. of Wildlife, Fisheries and Parks, and the Bolivar County Board of Supervisor.

“We are staying on budget, so far,” said McPherson.

The board of supervisors, who oversee the park, are very happy with the work done so far.

“The Park will help promote tourism and commerce not only on the western side of the county, but throughout all of Bolivar County,” said Bolivar County Tax Collector/Assessor Will Hooker. “It is a real asset to have a place in Bolivar County accessible to the Mississippi River.”

The new river park has attracted not only local fishermen and boaters to its dock, but the American Queen Steamboat Company has added Terrene Landing in the itinerary of many of its southbound river cruises. Once the boat docks, passengers board buses and travel to Cleveland where they visit the Grammy Museum Mississippi.

“We are thrilled the steamboats are using Terrene Landing,” Hooker added. “It’s something to see that massive boat docked there.”

Hooker went on to say the park is important to give everyone in Bolivar County a place to enjoy the Mississippi River.

McPherson said they had originally hoped to have the entire project finished by fall of this year, but that is no longer realistic. With supply delays and increased costs, he now is projecting a completion date in spring 2022.

“The lack of supplies and increased prices have slowed us down a bit, but we will get this finished,” McPherson said. “Too many folks are already using the park.”

Original plans for the river park included a walking trail. McPherson says this phase of the project is still an option, but they are having to consider alternatives both in budget and location, as it relates to the new elevated site

“The county is very happy with the river park,” said Hooker. “This park means the Mississippi River is accessible for everyone to enjoy. “