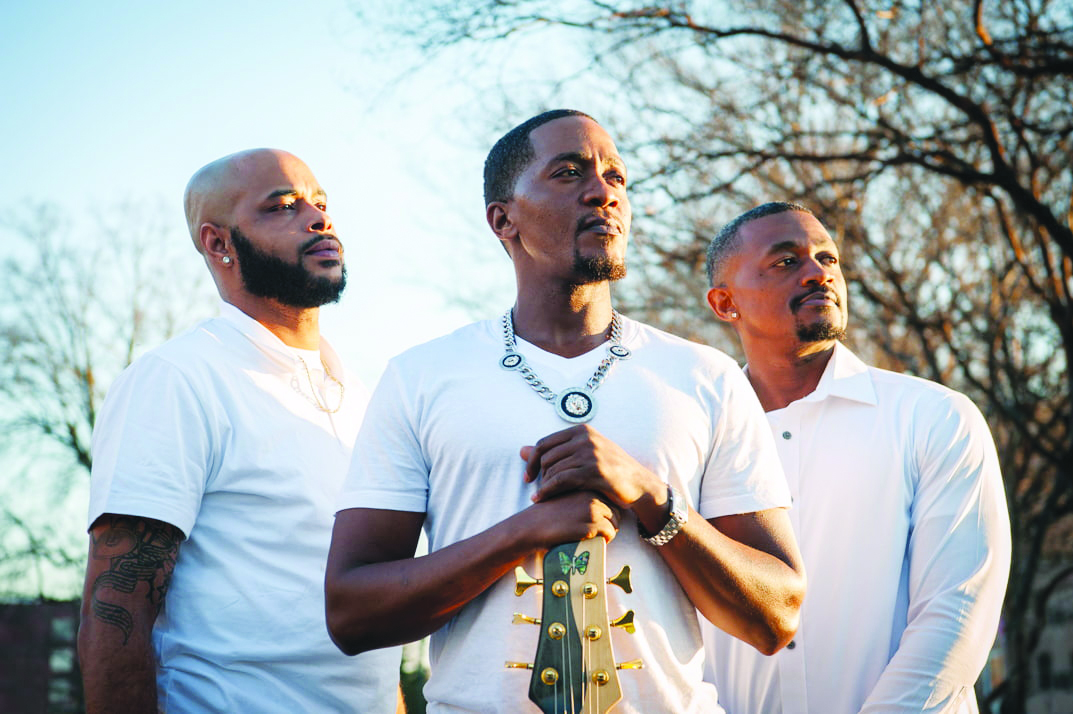 A group that can rock, rap, sing the Blues or country-it-up with the best of them

Marcus Payne, his brother Lewon Payne, and cousin Cory Latchison are the GranBoiz Band and have been playing live music together for over 17 years.

“My brother and I began our musical journey in church,” said Marcus Payne. “My cousin Cory began in church too, but while we’re from Renova, he’s from Flint, Michigan. He came down here 17 years ago and decided to join the band, and we’ve been playing together ever since.”

Payne said the group plays Blues, R & B, Rock, Country, Hip-hop; just about any genre of music out there.

“We started out in Blues with Mississippi Slim,” said Payne. “He actually gave us our name, GranBoiz, because everybody thought we were his grandchildren. He showed us the ropes of the business and we’re very proud of that.”

Payne says the GranBoiz Band plays at many events: local festivals, weddings, bars, restaurants, and other venues, because their style and love of music runs the gamut.

“We’ve also played in Clarksdale at Ground Zero and the Juke Joint Festival,” he added. “As far as what we really prefer to play, it really doesn’t matter. We love all genres of music. Our goal is to make people happy. If we’ve done that, we’ve accomplished our main mission. We do a lot of cover songs, of course, but we also write our own music and play original tunes.”

Payne admits they haven’t really pursued a record deal, but they wouldn’t necessarily turn one down either.

“That is something we’ve thought about and would definitely consider.”

While all three guys do work other jobs, music is a passion for all of them that isn’t just a part-time gig.

“We are very passionate and serious about our music,” said Payne. “It’s much more than just a hobby. You might say, we all lead double-lives,” he laughed. “Now we have been full-time musicians in the past when we were someone else’s band. We were on the road then for about two years.”

Payne said GranBoiz will be playing some upcoming dates in the fall.

“We’ll be playing in Greenville at the Mississippi Delta Blues & Heritage Festival on September 17 and 18,” he explained. “And, in October, we’ll be playing at Octoberfest in Cleveland. We’re also very excited about the Deep Roots event this Friday, August 20, in downtown Cleveland. We’ll be performing there as well at 6:00 p.m.”

For more information, or to book the band, visit their Facebook page: www.facebook.com/GrandBoyz (note: the correct spelling of the band’s name is GranBoiz, however their Facebook page is listed as GrandBoyz, but is in the process of being corrected)