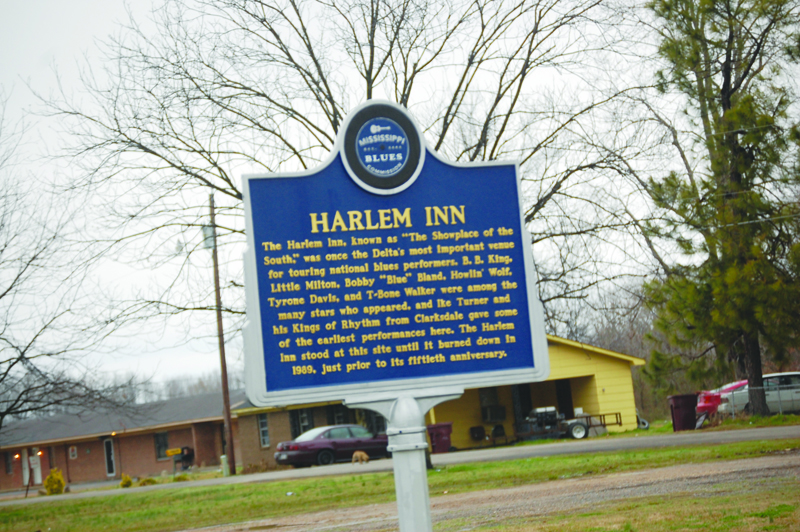 Was known as ‘The Showplace of the South’

There is a lot of history in small Delta towns; history of blues, juke joints and promises of better days ahead.

The Harlem Inn was one beacon that stood for more than your average juke joint. It gave hope, life and music to Winstonville and its residents.

It also provided a place for rising artists and already legendary performers to test new instruments and songs on a crowd that was as honest as the day was long.

Known as the “Showplace of the South,” The Harlem Inn opened in 1939, and was operated by the Patton family.

He started the club with $25 given by his uncle, James Patton, who had his own nightclub in Shelby.

The first club was located across the railroad tracks, but later he built a bigger venue, according to his son, Hezekiah Patton Jr.

This venue was located on new Highway 61.

Hezekiah Patton Jr. remembers The Inn from his childhood.

“You could catch shows at our place that you catch in Hollywood,” he said. “I started off waiting on tables.”

The junior Patton said the crowd always seemed to love Little Milton when he came to town.

“I remember one time we were in the field picking and chopping cotton,” he said. “All of a sudden, Little Milton came out to the field to talk to my father.”

Hezekiah Patton Sr. was an important man to his community and to musicians who wanted to try out their music on a crowd that knew the blues and its offshoots better than any record producer could ever comprehend.

“Tina Turner was really attractive,” he said smiling. “They certainly put on a show at the Inn that would rival any show on a big stage.

“Once, Ike decided to come to town to try out his new cordless guitar,” he added. “I remember he went all the way to the front entrance door to see how it sounded. He said it was his first time to use it.”

Growing up at The Inn with his family, including brothers Robert and Charles, Patton Jr. said there was something very exciting in the air in those days.

“Once, when Bobby ‘Blue’ Bland came, he was singing his new hit, ‘Don’t Cry No More,’ and the place went crazy,” he said. “There were people trying to move our hands to get in.”

Patton Sr. died in 1969, but the family would continue the tradition of music. Patton Jr., Robert and Charles would carry on along with their mother, Ruby.

The Inn changed some over the years and for when they had weekends without a live act, Patton Jr. said they bought, what he called, “was the best sound system money could buy.”

“This was in the mid-‘70s,” he said. “We introduced disco to Winstonville.”

The Inn continued to bring music to the small town until a tragedy brought it all to a fiery halt.

When The Inn burned to the ground in 1989, it took with it memories of blues legends, those who simply played for their soul and all who had stepped through its doors.

“It was like the death of a family member,” said Patton Jr. “Those were the best years of my life.”

The members of the Mississippi Blues Trail committee felt that it was important to not only put markers in for famous performers, but also acknowledge some of the key places that they played.