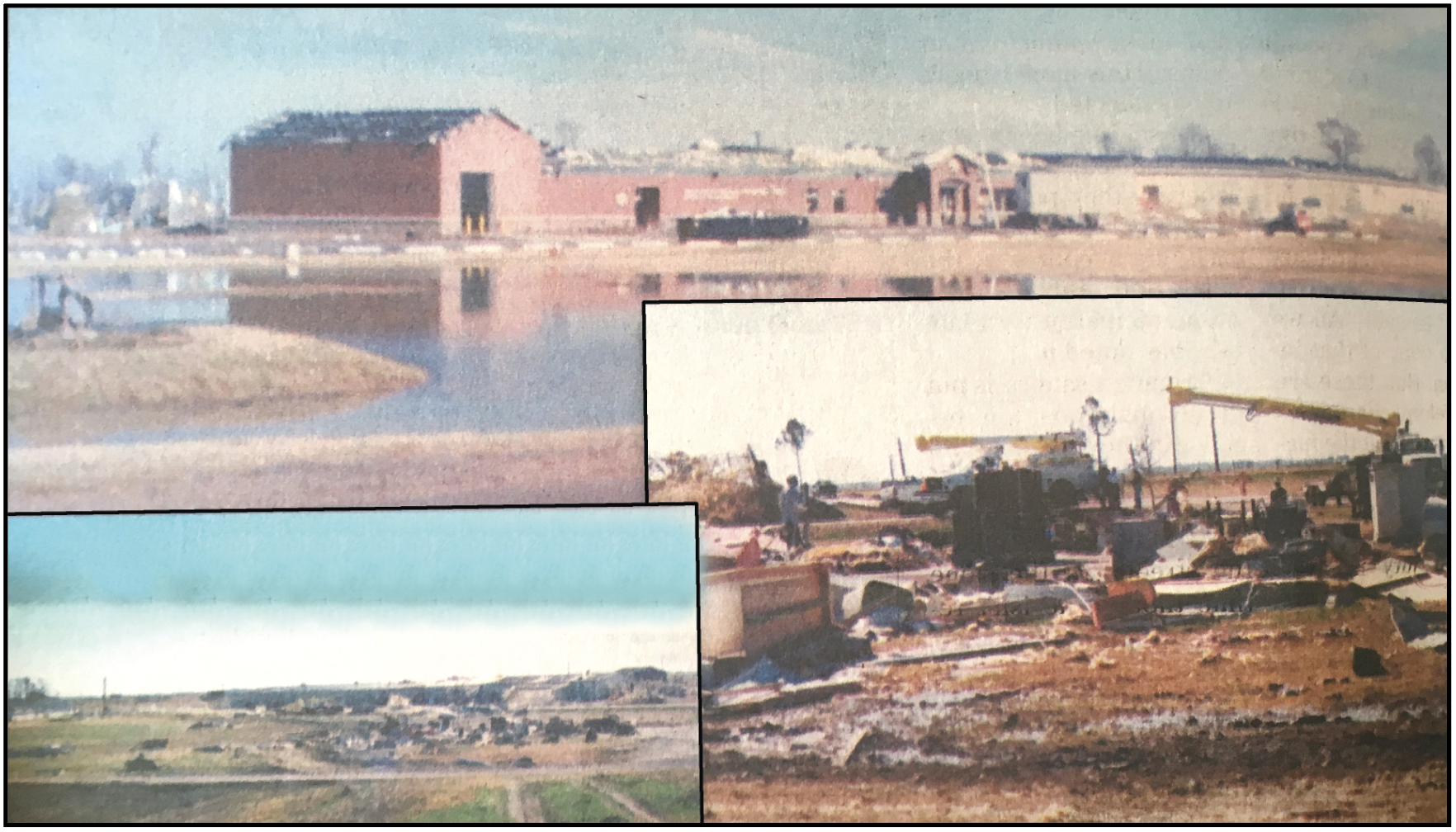 November will mark the twenty-year anniversary of a powerful F-4 tornado that developed in the early morning hours and destroyed the Bolivar County Regional Correctional Facility, along with a dozen homes, half-a -dozen businesses and a power substation.

Aerial photographs of the damage showed that in addition to the F-4 tornado there was another tornado that touched ground.  The two crossed paths and the damage to the neighboring fields showed the paths.

Brandi Hudson was on duty as the man control operator at the time. She remembers the tornado as if it was last week.

“November 23, 2:23 a.m., she shot off,” said Hudson. “It was myself and another officer in inmate control listening to the radio station. They said we were under a tornado warning.  I was tickled because they always say we’re under a tornado warning. I looked out and the wind was so hard. It was lifting up the sally port door. At that point we received a phone call from dispatch saying take cover. The tornado was on it’s way. I kind of dove underneath the counter. Next thing you know the compression was powerful.”

After the tornado Hudson instinctively thought of the inmates and officers did an emergency count. She said the mood was eerie.

“I was surprised how quiet it was,” she said. “The sirens were blaring but it was so quiet.”

Warden at the time, Tommy Taylor, said he was in bed at the time while his wife was glued to the television.

“Thunderstorms don’t bother me,” he said, “but my wife is deathly afraid of them. She was watching TV when it came across that they sighted a tornado east of Benoit. I got up and walked outside and turned my radio on in my car to the Emergency Operations Center channel.  I looked up and saw blue lights in the air where the transformers were blowing.

“At that point I looked at my wife and told her I think the tornado just hit the facility, he continued. “It was pouring down rain and the roads were blocked off from the storm spotters. I had to drive in the fields because of all the debris in the highway.”

He said law enforcement officers from across the county were lined up, headlights on bright, trying to get a sense of what was going on at the facility. At that time there were approximately 350 inmates. And, despite the ability to run, there wasn’t a single problem.

“The inmates were scared,” he said. “They didn’t know what happened. They had just gone through an F-4 tornado.”

Despite the power of the storm and the damage to the facility, only two inmates had slight injuries – sprained ankles from jumping off the bun beds. One officer hurt her knee when running into a bathroom as the tornado passed over.

In less than six hours the inmates were transported to Tallahatchie County by Mississippi Department of Corrections busses.

Former Bolivar County Sheriff H.M. “Mack” Grimmett said he was thankful the tornado happened so early in the morning or headlines would have read differently.

“There were trees and 2 x 6’s that flew through our walls,” he explained.  “The administration side was destroyed and had that happened durning the day we would have had some casualties.”

Grimmitt, like may others that evening was awake during the storm.

“I was out in my car riding around looking at the weather,” he said. “My son called and told me the jail is gone. I was there within minutes. We are very fortunate we didn’t lose a life that night and we did not have a single person get out of line.”

It took 10 months to rebuild, but twenty years later it is still remembered.