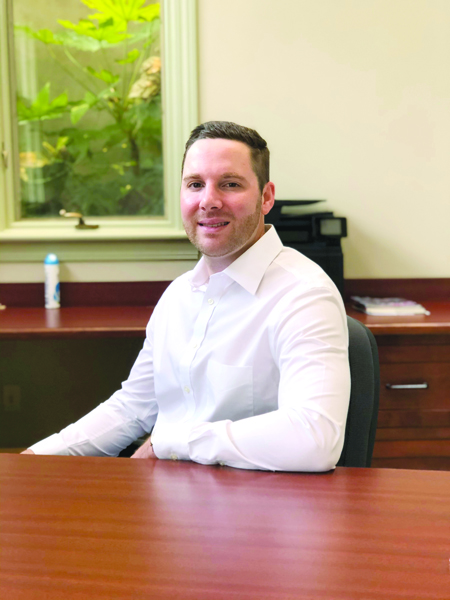 Brett Boykin, President of the Cleveland/Greenville branches of SouthGroup Insurance, is pleased to announce Reeves Gaddy has joined the firm in its Cleveland office. “We couldn’t be happier to have Reeves aboard,” said Boykin. “With our strong growth and desire to grow even more, Reeves was a perfect fit for Southgroup. He’s been very successful with past career accomplishments and brings a wealth of experience to the firm.”

Formerly known as Bolivar Insurance Agency, SouthGroup is a full-service insurance company specializing in commercial lines including property, casualty, health, life, home, auto, workers’ comp and most all other forms of insurance for businesses and individuals. SouthGroup was formed in 2001 when Ned Mitchell and the owners of eight other agencies merged their companies to create a large, statewide insurance firm. Southgroup currently has over 25 branches all over Mississippi gained through acquisition and expansion.

A native of Clarksdale, Gaddy and his wife, Catherine, became Cleveland residents in 2015. Catherine teaches kindergarten at Bell Academy in Boyle and the couple has three children, twin boys who just turned eight and a one-year old. Gaddy says he couldn’t be happier with his new opportunity at Southgroup.

“After I graduated Delta State with a major in Marketing, I became a recruiter for the University so it’s accurate to say I’ve always been a salesman of sorts and enjoy meeting people,” said Gaddy. “I had worked my way through DSU as a waiter at Crawdad’s and I think these types of job experiences prepared me for my ultimate career in insurance. I worked a number of years for two prominent insurance companies before I was made aware of the opening at Southgroup. I had been approached by other insurance companies from time to time but, of course, was very aware of Southgroup’s outstanding reputation for customer service and excellence–it just seemed like a natural fit. I officially accepted their offer at the end of June this year and officially came on board August 1st. I’m licensed to sell life, health, property and casualty insurance for Southgroup and those lines will be my main focus.”

“Reeves has an admirable work ethic and has built up a strong reputation here in Cleveland as a community leader. He just became president of our Lion’s Club and his wife works in the school district. Reeves and his family represent the kind of values that Southgroup bases its own mission on,” said Roger Easley, Vice President of SouthGroup.

“Being with Southgroup now opens up a whole new world of opportunities for me professionally–I can help people in any way they need now with a variety of products. I’m very excited to be with Southgroup to, not only help grow this great company, but to live and work in Cleveland and also grow and give back to the community as well,” said Gaddy.