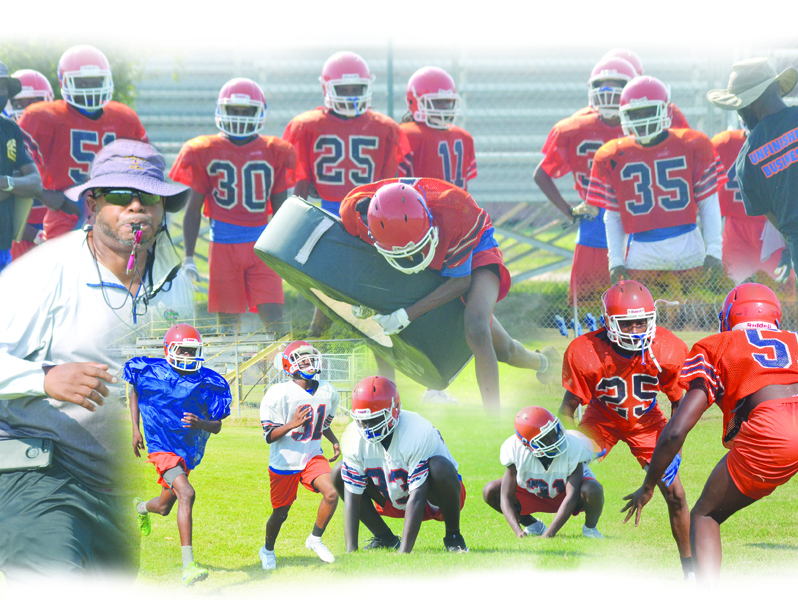 Sports Editor, The Bolivar BulletDuring the COVID-19 pandemic, football season for some schools in the state is underway while others have either cancelled their seasons or reinstated them after initially cancelling.

The Gators, who are slated to enter their third season as a program, went 14-1 last year and advanced all the way to the 2A State Championship game where they lost to Taylorsville 48-18. Northside was formed from the merger of John F. Kennedy in Mound Bayou and Broad Street High School in Shelby in 2018.

With schools battling uncertainty in the state due to the pandemic, Northside head football coach Tavares Johnson, Sr. felt anything can happen, but his team has been practicing to get ready for the season.

“To me, everything is still up in the air,” said Johnson. “With everything going on, it’s kind of hard to say what we’re going to do and what’s going to be done. I’m just really anxious to get out on the field and see the guys play and see where we are. It’s been a long summer and it’s been a tumultuous summer, but we still have an opportunity to play and we still have an opportunity to compete for a state championship. What more can you ask for?”

The Gators have made great strides in their brief history. In 2018, Northside went 5-4 to post a winning season in its first year. Last season, the Gators were undefeated heading into the state championship game.

Even with practices and the season being delayed due to the pandemic, the team has kept its focus.

Johnson said the players would love nothing more than to bring that gold ball home.

“I think the guys still have a bitter taste in their mouths about last year,” said Johnson. “We didn’t finish the season the way we wanted to, so that’s still lingering in our heads right now. With that in mind, that’s our motivation. The guys, for the most part, have been coming out and competing real hard, self correcting each other and competing at a high level. I think that they feel the same anxiety that I feel in regards to wanting to hit the field and see where we are.”

Northside has a veteran team with plenty of standouts coming back. Last season, the Gators had the top scoring defense in the entire state in all classifications of football as they gave up just 5.5 points per game. On offense, they also averaged 40.7 points per game.

“We’ve got a bunch of guys returning especially on the defensive side of the ball,” said Johnson. “With that in mind, we look for those guys to step up and make a lot of plays. Upfront, we have a lot of guys returning that actually played a lot last year. They’re showing in practice that they want to be leaders this year. That’s a positive for us.”