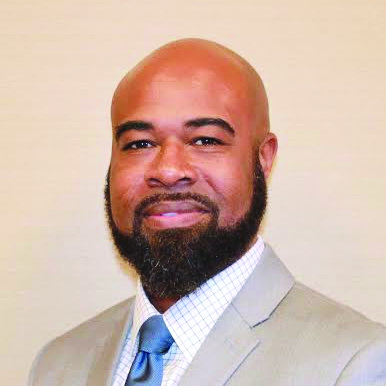 Coaches give take on board’s decision

Thursday night, the West Bolivar Consolidated School District Board of Trustees made the tough decision and voted in favor of cancelling fall sports in the WBCSD.

The schools in the district that will be impacted are West Bolivar in Rosedale and McEvans School in Shaw. The activities cancelled are football, band, cheerleading and volleyball.

The biggest issue that has plagued all schools in the country has been the COVID-19 pandemic. Administrators have been working hard to try to do what’s best for the students and staff to keep everyone healthy.

WBCSD Superintendent John Taylor was disappointed about not having fall sports but understood why the decision had to be made.

“Parents were concerned regarding fall sports,” said Taylor. “Coaches were just as concerned. Of course, coaches wanted to play and players and students wanted to play but every stakeholder understood it was probably not the best time to engage in close proximity sports like that. It’s really tough to maintain social distancing with perspiration and projectile being a part of athletics and the hustle. Everybody understands it’s not a good idea at this time and safety is our priority.”

WBCSD Athletic Coordinator Jerry Walker felt the board made the right call at the right time.

Walker felt the board did a good job of taking to heart the best interests of everyone involved in the school and the community.

No word has been confirmed on the status of other sports scheduled for the school year.

“We’re holding off on the decision for basketball since it’s in October, which is two months away,” said Walker.

McEvans High School head football coach Montrelli Finley was disappointed in the decision to not have fall sports.

“I feel bad for the kids, mostly the seniors,” said Finley. “Not just our school but every school that’s cancelled in the Delta. I feel sorry for the ones that may not get a chance to showcase their talent on what they’ve been working on over the last three or four months. It’s bad that some of the people in the administration part don’t realize the importance of it, but I do understand they’re trying to look out for the safety (of everyone). They could have found a better way, not just our school district but school districts that have cancelled.”

Finley felt fall sports were another avenue young students could take to get into college.

“Some of these parents, now they’ve got to try to take out student-loans and get ready to go to college when somebody probably could have gotten a scholarship,” said Finley. “It’s going to be hard for them to get a free education now. A lot of them use football and a lot of these other fall sports as means of going to school for free.”

With football not being on the table, Finley plans to emphasize to the players to keep their heads above water in the classroom as well as stay in shape during the week.

“We’re going to stress to them to focus using this time to get your lessons out and making sure your grades are straight and doing everything you can to at least try and get an academic scholarship,” said Finley. “We’re going to stress to them to continue to work in the weight room and work on their skills or whatever at least three or four days a week and just hope for the best in the spring. We’re going to talk to them about staying safe and do whatever you can to keep your loved ones safe.”

“It’s something from the unknown, so I feel they made the right decision for the safety of the kids,” said Nolden. “The only thing is I feel bad for the seniors. They don’t get a chance to display their talents for a scholarship. I understand the safety part of it and the precautions they’re taking. I agree with it. It’s something different. These are not normal times.”

Nolden said he’ll work on figuring out something to help his seniors get noticed and to keep his returning players for next year in shape.

“We’re still going to try to do something for the seniors that want to play college ball somewhere and try to get them a workout program that they can do on their own.” said Nolden. “Something virtual they can do on their own. I’m trying to get some film together for them, the ones that played the last couple of years before their senior year. The ones that are returning, we’re trying to do something for them which they can do preparing for next year if we’re allowed to play.”