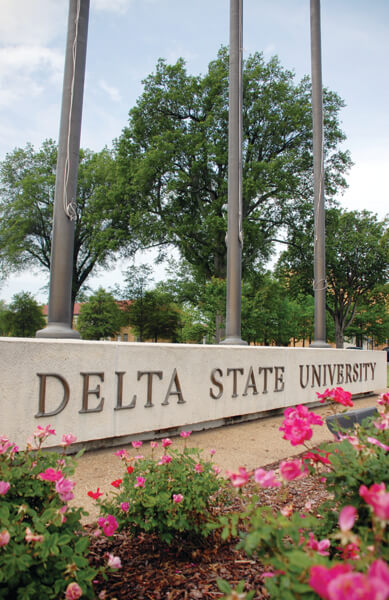 For many years, Academy Award winner, Matthew McConaughey has been one of Hollywood’s most noted actors on the silver screen.  And, while many are familiar with his career, people may not be aware of his connections to Mississippi.

McConaughey’s break-out role was in A Time to Kill, that was filmed in Mississippi, which was an adaptation of Mississippi author John Grisham’s book by the same name. Other films in which McConaughey stared that were filmed in the state (or portions of it were) was The Free State of Jones and Mud. For the filming of Mud, that took place on the Mississippi River, McConaughey stayed in Greenville and no one recognized him. Two other “Mississippi” connections: his  father was born in Patterson, Mississippi and his brother, Pat, played on the Delta State Golf team for one semester before being dismissed after being caught with marijuana.

For the past 35 years, McConaughey has kept a diary and his autobiography, Greenlights, has just been published. On page, 40, he describes his brother’s short stint at Delta State.

“… Pat became the number one golfer on the Mississippi Delta State ‘Statesmen’ golf team,” McConaughey writes. He goes on to say that his brother was known around Cleveland as the “Texas Stallion” and that he had just won the low medalist at the SEC tournament “…on the Arkansas Razorbacks’ home course.”

McConaughey writes the morning after the competition in Little Rock, the DSU golf coach met with the team and said he was concerned some of the players had been “…smoking marijuana in the city park of Little Rock yesterday before the tournament” and the coach wanted to know if it was true and if so who had been smoking it. McConaughey writes that while the DSU coach was speaking, he looked directly at his brother, Pat.  Pat raised his hand, admitted he had been the one who had smoked the marijuana. Not knowing what was going to take place next, Pat’s DSU teammates didn’t utter a word and didn’t move an inch.

According to McConaughey, the next morning the DSU golf coach came to Pat’s dorm room on the campus of DSU and announced he was going to suspend him from playing on the DSU golf team that next semester.  Pat pleaded with the coach and reminded him that he was the best player on the DSU golf team. But, the coach didn’t budge an inch and had made up his mind according to McConaughey’s writings. And, the coach told Pat he was going to alert his father about the incident. McConaughey says his brother had already had a couple of issues with marijuana in the past and those events had not gone over well with their father.

“Pat inhaled deeply, ‘Okay, coach, let’s go for a ride,” McConaughey writes of his brother’s response to the coach.

They took a long “… drive across the Delta. After about ten minutes of silence Pat finally spoke up: ‘Let me make this real clear, coach. You can suspend me, but if you call my dad … I’ll kill you.’”

According to McConaughey, his brother got suspended, however his father never found out.

A great story by Matthew McConaughey, but not entirely accurate according to those connected to DSU that remember. The DSU team did play at a park in Little Rock, but not the one McConaughey mentions in his book.  Additionally, McConaughey’s brother was not the Number 1 player on the team and the DSU team did not play in the SEC. In fact, the DSU golf team back then was in the GSC.

“I do remember him,” said Robert Pannell of Greenwood who played on the DSU golf team with McConaughey’s brother. “I remember the car he drove and I remember seeing him around, but he wasn’t at DSU very long.”

Pannell said that since the release of the book, many have contacted him about playing on the DSU golf team with McConaughey’s brother.