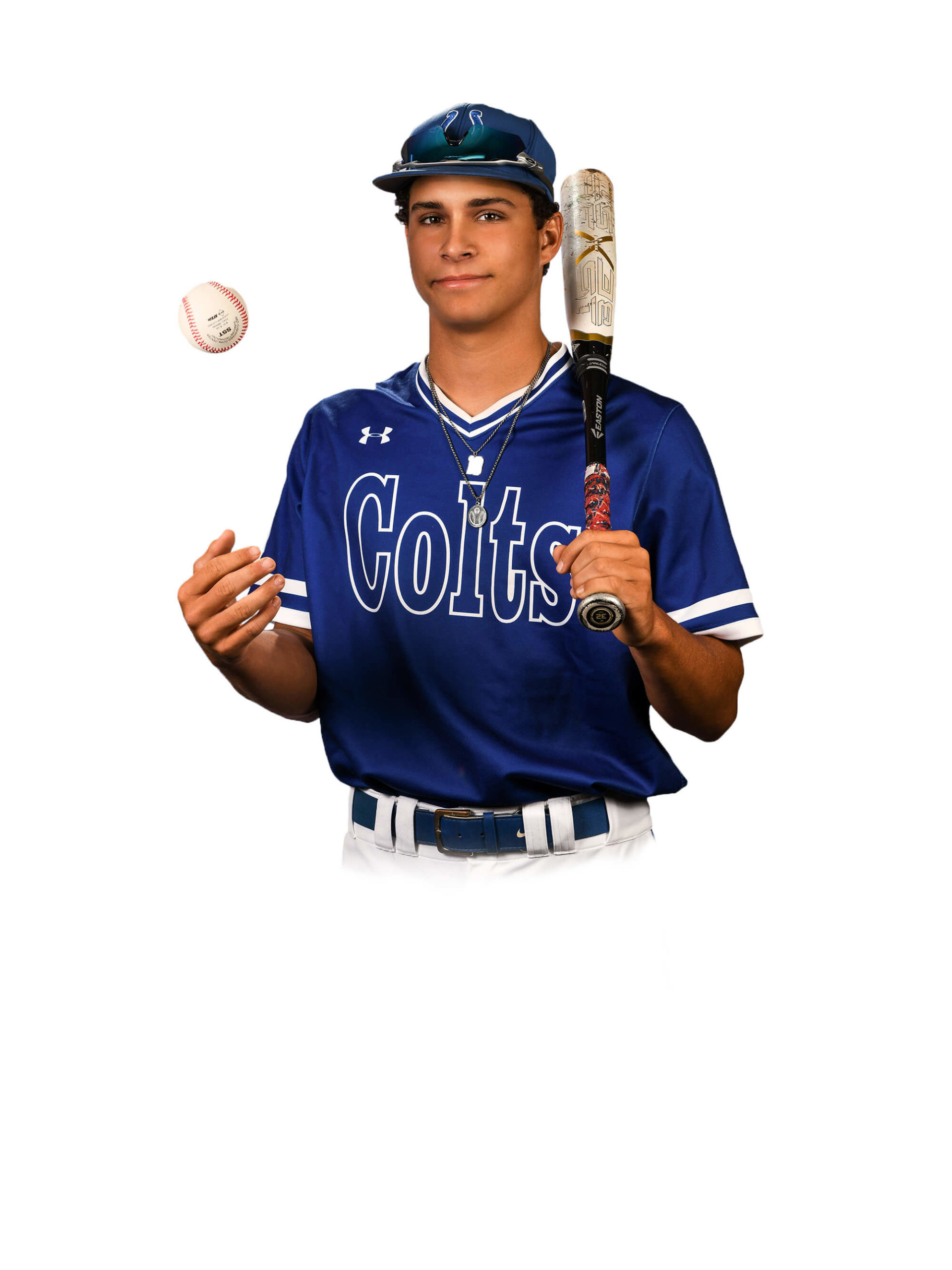 Burrell anxious to report to DSU.

For athletes to be college caliber, they must have certain intangibles.

They not only have to be naturally talented and skilled, but  they also must have the drive, determination and desire to go with the talent. The tools, know-how and work ethic fit Brett Burrell to a tee.

Burrell, who played shortstop, catcher and pitcher, had a great career at Bayou Academy on the baseball diamond. His work enabled him to sign to play college baseball at Delta State University.

“He has obviously been blessed with the God given athleticism and the love of sports,” said Bayou Academy head baseball coach Dee Haynes. “He works extremely hard on and off the field. He has a laser like focus that good/great athletes must have.”

Burrell’s senior year was cut short due to the COVID-19 pandemic. Bayou, after starting the year 0-3, had won five of its last six games before the season came to a halt. Burrell, who missed three games due to basketball, was on fire at the plate as he hit an impressive .647 (11-for-17) in six games before the pandemic hit.

Since his season was cut short, Burrell has been itching to start his DSU career.

“I’m ready for Delta State,” said Burrell. “I’m ready for the next chapter. I feel like because my senior year was cut, I’m just ready to get back on the baseball field.”

Burrell, who was a starter since the middle of his ninth grade season, was instrumental in Bayou winning the District 1-AAA Championship in 2017 and 2019.

Will Reed, who was Bayou’s head baseball coach for seven years and is now the school’s secondary principal, said Burrell had two things going for him at a young age that enabled him to get in the line-up.

“He practiced like he was playing a playoff baseball game,” said Reed. “There wasn’t a lazy day at practice. He was all business, but he approached it with a joyful, playful heart.”

Haynes, who played baseball at Delta State from 1998-2000 and is the school’s all-time home run leader with 69, echoed Reed’s take on Burrell.

“From a coach’s perspective, he is a joy because he has a great positive attitude and you always know you’re getting his best, “ said Haynes.

Burrell learned a lot from both Reed and Haynes.

“One of my biggest mentors was Coach Reed,” said Burrell. “I feel like he prepared us well. I felt he prepared us to go to the next level as a player and as a person.

“Dee mainly let me do my own thing,” continued Burrell. “He came in and tweaked some stuff. Being the Delta State player he was, he really helped me look into it and helped persuade me to go. We did some Delta State drills that helped make everybody better.”

Burrell was high on all the coaches he worked with and felt he learned a lot from everybody. He loved playing sports at Bayou Academy.

When COVID-19 hit and his year was cut short, Burrell was disappointed.

“It was heartbreaking,” said Burrell. “We had guys batting over .500, and we beat one of the top teams in the state. It was going to be a good year. When we got that call saying it was over, it was really something. I’m just looking forward to Delta State.”

In recent weeks, Burrell has been in touch with DSU assistant coach Blake Matthews, and he tells Burrell things he needs to do to get ready for the school year.

Burrell has been trying to keep his skills sharp while he is waiting to hear for a date to report to DSU.

“I actually got a workout from them, and I’ve been doing that for three weeks now,” said Burrell. “When I get off work which is about seven thirty or eight at night, I’ll go to Bayou baseball field, and I’ll hit and field ground balls. I’m just trying to keep myself in shape.”

The biggest thing Burrell is waiting on now is for the day to come where he can report to the team.

“Honestly, I think it will finally become real,” said Burrell. “Being a baseball player at Delta State is big, but it hasn’t really set in yet. I’m getting there in practice, but I feel like it will wake me up once it happens.”