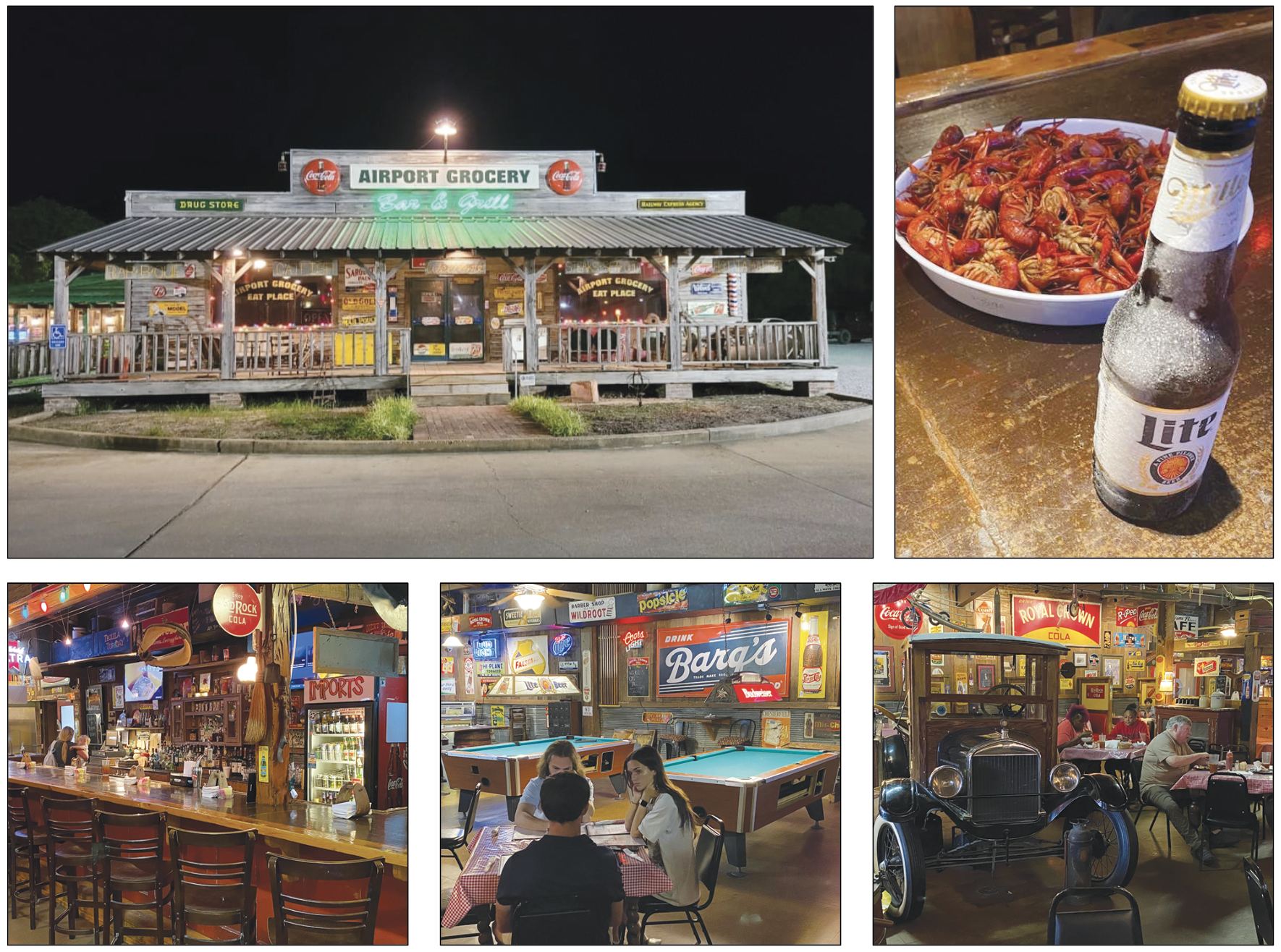 Sometimes life’s path can meander a bit; sometimes it can do a complete 360. It’s in those opportune times that seeming misfortune can transform itself into some of the biggest blessings around. That’s what happened to Jonathan Vance.

Vance, a native of Benoit, owns Airport Grocery, a family restaurant, in Cleveland. He bought the establishment in 1992 after his plumbing business hit an unexpected snag.

“My buying Airport Grocery was somewhat of a surprise, even to myself,” said Vance. “I was a plumber for 12 years and was in business for myself. Unfortunately, I had a really large job that I couldn’t collect on and that non-payment really devastated me. It just so happened I was riding by the place not long after that and I saw a white ribbon on the door. I knew who owned the building so I stopped in to talk to someone and found out the owners were looking to sell the business. And, I bought it.”

Vance said when he purchased Airport Grocery it had four pool tables, gas pumps outside, and they were doing sack lunches for farmers.

“It was a hangout in the afternoons for farmers and construction workers,” he added. “They would come in and have a cold beer and shoot some pool. I grew up in Benoit, and I’m an old honky-tonker from way back. So,  I thought to myself, I could buy this place and make a nice little juke joint out of it. That was my plan when I started. However, I didn’t buy the original building, but we stayed in that location for 16 more years and then I built this building 14 years ago where we are now, 3608 Hwy. 61 N.”

Vance said after that initial idea, things really began to evolve. He soon realized there wasn’t much of a market anymore for gas and groceries outside of the city limits. So, the gas pumps were removed and one by one the grocery aisles gave way to dinner tables and booths. As more and more people learned of the good food and good times to be had at Airport Grocery, the pool tables also shifted to the back to make room for more dining tables.

“It started out with that pool hall atmosphere,” he said. “And, then it began to evolve greatly. It still had that laid back, easy feeling, but the food began to speak for itself. I had fantastic employees who were on the same page with me, so that made everything smoother. And growing up in Benoit, I was exposed to Blues back in the sixties when I was a kid. So, I started doing Blues on the weekends. I’d go out of town and get Blues musicians to come in and play here. And, the décor was authentic. I decorated with old signs that I’d been collecting since I was a kid. And, I’ve maintained that same downhome, fun atmosphere today.”

The food and the atmosphere is the key to Vance’s 30 year success story. From utilizing his father’s own hot tamale recipe to the famous APG burgers, salads, sandwiches, steaks and BBQ plates, Airport Grocery has a robust menu with something for everybody.

Vance said in the 30 years he’s been opened, the restaurant has served and seen some notable people.

“We’ve had a lot of famous people come in and dine with us throughout the years; to name a few, Delbert McClinton, Morgan Freeman, Jimbo Mathus, Santana, Jerry Lee Lewis, Fingers Taylor, Frank Frost, and Sam Car,” he added. “Willie J Foster gave a live performance at Airport Grocery in 1997. Even Ed King from Skynyrd, co-writer of Sweet Home Alabama, stopped by. We still offer live music as often as we can and we pride ourselves on having the best hamburger and the coldest beer in town. People really enjoy our laid back atmosphere and the food, so if you haven’t tried us or it’s been a while, come on out.”