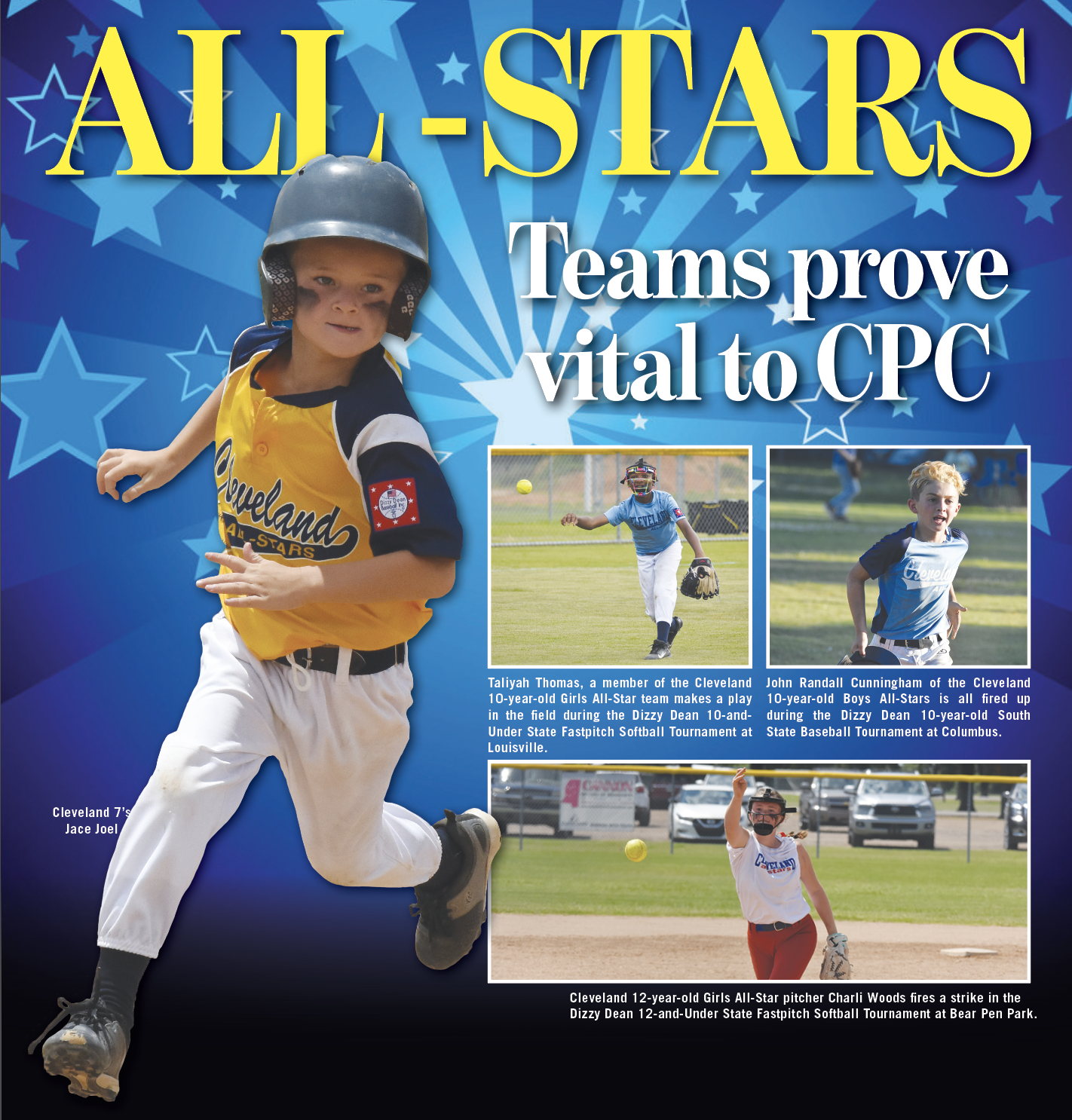 The biggest honor any player in baseball, softball or coach pitch in the Cleveland Park Commission can get is the chance to be chosen for all-stars.

Being an all-star means a player was among the best in their league, and they get to compete with other great players as they match their skills against teams from towns all over the state. All-Star season has been the jewel in the crown of the Cleveland Park Commission for many years.

Last year, the COVID-19 pandemic did it’s damage particularly in baseball and softball at the Cleveland Park Commission.

There was only a month’s worth of action in the summer with no all-stars. There was fall ball for baseball and softball, which softened the blow, but the pandemic altered things.

This year, the CPC had a full season with its regularly scheduled all-star selections.   This year has been huge for Cleveland as 11 all-star teams were chosen with four teams winning titles with another team winning a sportsmanship award in Dizzy Dean League action.

“You give some of the kids that play park commission something to look forward to,” said Woods. “Not everybody plays travel ball. This is some kid’s only opportunity to make an all-star team or to go and play other competition from around the state. To me, all-stars are more representational of what type of talent you have in your area, because travel ball teams can pull from anywhere in the state to make a team. With all-stars, you have to play with all local kids. You’re really putting yourself against other cities one on one with local talent. I think it’s fun to go up there and see how we can compete with everybody else that way. These last few weekends, it shows we have a lot of talent around here.”

Woods felt a player being able to participate in all-stars can ignite a love for the sport that might motivate them to play more and possibly participate on a travel team in the future.

“It gives them a chance to see what it’s like,” said Woods. “They may want to play travel ball based off an all-star team.”

Woods felt the survival of all-stars in the park commission over the years has been due to the fact Cleveland has always done a great job of supporting its programs.

“A lot of it has to do with the community and the coaches,” said Woods. “You can’t give enough credit to the people that volunteer their time and come out to coach these kids. They’re the ones who have to coach the all-star teams. They’re not getting paid a dime to do this. If you win the league, you’re the all-star coach. Not only do you have to coach all through the year, you’re putting your time in for all-stars as well. It’s a commitment that luckily Cleveland has had over the years since I’ve been little. You’ve had moms and dads that were wanting to be a part of the all-star team and wanting to get out there and represent Cleveland. If we didn’t have anybody that wanted to take the reigns and do this, we wouldn’t have all-stars.”

“Cleveland is doing a great thing,” said Rocconi. “Jason Woods is doing great at the park commission. COVID kind of put a damper on everything last year. This year, everybody has had a great year and it’s been a great turnout.”

Shane Howell, who is an assistant coach with the Cleveland 10-year-old Boys All-Star team, felt the chance of making all-stars gives kids an extra incentive to compete.

“Realistically, I think what the all-stars do for the park commission league is it gives kids something to strive for outside of the wins and losses,” said Howell. “A player on a losing team can still receive recognition at the end of the season for the hard work they put in on their individual efforts and on the pride they take on being a good player and teammate. It’s important to a lot of kids. They want to try hard to make the team, because it gives them a sense of accomplishment.”