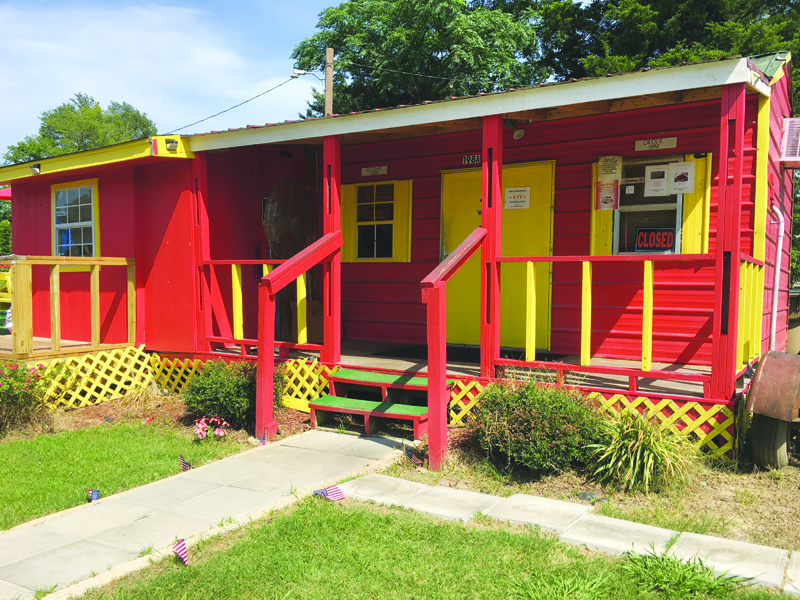 Reverend Glen Scott owns Winstonville BBQ Smokehouse at 198-A Winston Street in Winstonville which is between Mound Bayou and Shelby. Scott said he opened the restaurant in 2017 with the help of his brother-in-law, Henry Perkins Jr., who is also the mayor of Winstonville, so it was a combined effort.

“Henry and I have been around each other for about 30 years,” he said. “We used to tailgate all the time.  Actually, God put a vision in my mind to open up something, so it’s almost like a ministry to me. We don’t have high prices and we believe in giving back to the community. Of course, we both have other jobs, so it’s a little like a hobby, but one we enjoy doing for sure.”

Scott said at Winstonville BBQ Smokehouse, they try to be unique with different events that have a positive effect on the community.

“We just did a Back-to-School giveaway of school supplies on July 4th, which was also our three year anniversary,” he said. “And, we gave away free food. Coming up in September, Labor Day weekend, along with Delta Lodge #127, we’re going to do a new voter’s registration for people who have never registered to vote before. If they come out to register, they will have a chance to win raffle tickets for a 2020 Nissan Maxima for a first place drawing, second place is $2,000, third place is $1000, fourth place is $500, and fifth place is $250. The drawing will be held in November. So, if they’re 18 on or before November 1 and have never registered to vote, I’ll pull names for the raffle tickets and they will have an opportunity to win one of those great prizes. We’ll also have a DJ and free food.”

“We serve many different things, but our specialty is ribs, pulled pork, hot tamales, smoked chicken wings and brisket,” he said. “We also do a six-inch Polish sausage, which is one of the longest that you can buy. That’s one of our hottest items. And, we just started doing something special for Mondays. Normally we’re closed on Monday, Tuesday and Wednesday, and we’re open on Thursday, Friday and Saturday. But, we started doing a special for Monday’s lunch only, from 12:00 noon until 3:00 p.m., which we call a full Baked Potato, with shrimp, steak or chicken. Our regular hours are on Thursday, Friday and Saturday are from noon to 10:00 p.m.”

He said at the beginning of the pandemic, they had to close for a while and there were some adjustments that had to be made before they could reopen. And, during the spring storms, they had some storm damage which also had to be repaired.

“I had to close earlier in the pandemic and do some readjusting,” said Scott. “And, then during the Easter holiday, we were hit by the storm; it took our roof, so I had a setback there as well. It took a while to get everything back together.”

But, they are now back open for business with takeout.

“People call in and when they arrive, we bring it out to them or they can walk up to the window and pick up their order. We are very unique in that we never had a sit-inside type restaurant. You can sit outside on the deck with social distancing and of course, masks are required, or you can get your meal to go. We also have a little Blues music for people sitting outside. Once the pandemic is behind us, I plan on having live music too.”