Can You Spare Some Change? 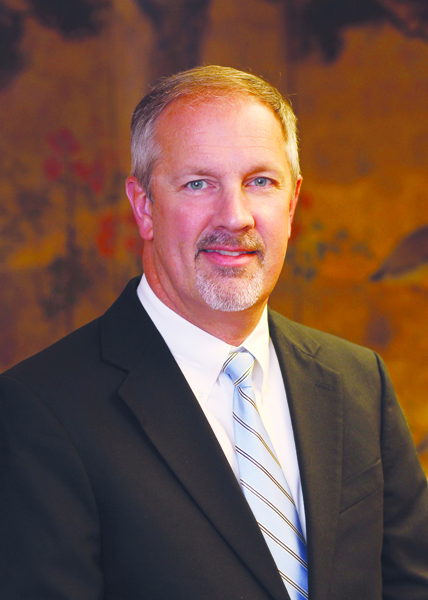 A penny for your thoughts? Maybe a nickel, dime or quarter, too?

With COVID spreading and businesses closing or having activity curtailed, the circulation of coins dropped off significantly early on in the pandemic. The U.S. Mint, which manufactures the nation’s coin supply, also decreased staffing at the same time. Now, however, with businesses having reopened, demand for coins has exceeded the available supply.  Federal Reserve chairman Jerome Powell said as much to the House Financial Services Committee back in June.

Has the coin shortage reached Bolivar County? Apparently so, according to some local bankers. Danny Whalen, President and CEO of Cleveland State Bank, says his bank is presently on a restricted order basis with the Federal Reserve for coins. “We get weekly notices from the Fed on the availability of coins. It has not been a huge problem for us necessarily, though, and have not yet had to deny or restrict any customers. We’re fortunate to have a satisfactory mint inventory, probably larger than is the norm, in our bank and also have many customers who are regular coin depositors, which helps the situation,” said Whalen.

“The U.S. Mint produces the coinage and then the Fed manages the inventory and shipments to purchasers. COVID obviously affected that flow and, initially, when the virus struck, many businesses discouraged the use of cash and coins opting for a ‘credit only’ payment method and people just got in the habit of paying with their cards,” Whalen adds.

“We specifically ask our customers, who operate businesses, if they are experiencing any problems or constraints with their coinage inventory and, so far, there have not been any issues,” Whalen said of the two Cleveland State Bank locations in Cleveland and another in Merigold.

Mark Hargett, President of Planters Bank and Trust and its two locations in Cleveland, said, “Yes, we’ve seen a coin shortage, without a doubt. The economy slowed so substantially due to COVID and not as much money was, or is, circulating through the system or being spent. And when the Mint had to cut back on staff the shortage became real. I think, and I hope, that it’s just a short-term aberration and that things will get back to normal, which I think they will. As I understand it, the Mint is back at full capacity right now,” he said.

“We here at Planters have had some coin shortages and our ordering capability was cut down to about 10 or 15 percent of what it normally is–so, yes, we’ve been affected. A lot of businesses, like restaurants, depend on cash and coins for their daily transactions and so it hit close to home for them, as well. We didn’t mind asking customers to bring in their spare change and have us exchange it for cash. It wasn’t a whole lot, honestly, but any little bit helped. Who doesn’t, after breaking a bill, stash the spare change in the car or into a drawer? It’s surprising when, after you take the time to wrap spare change like that, you find you’ve accumulated maybe 30 or 40 dollars,” Hargett laughs.

“Many of our local merchants are–or were–asking customers to try to pay for purchases or food with a card or exact change. In fact, I’ve even heard that in some instances change couldn’t be given back on a cash purchase and even that prices were marked up from what they originally might have cost after tax, say, 89 cents, to a dollar. The business adjusted their prices to avoid giving back change.” Hargett said.

Despite the recent problems, neither Whalen or Hargett believe that we are approaching a “cashless” society anytime soon. “I just don’t see it happening, especially in rural, smaller markets. And let’s be realistic: if a young person goes down the street and cuts the elderly lady’s yard, shouldn’t she be able to give him a $20 bill?” Whalen asks.

“I still always keep at least some cash with me everywhere I go. The younger people these days rarely carry money on them, there’s no doubt–but I don’t think we’ll ever completely do away with cash. I heard that kind of prediction twenty years or so when I first entered banking. Certainly we’re getting away from cash and have a lot more options for spending, but will we totally eradicate hard currency? I don’t see it, no.”