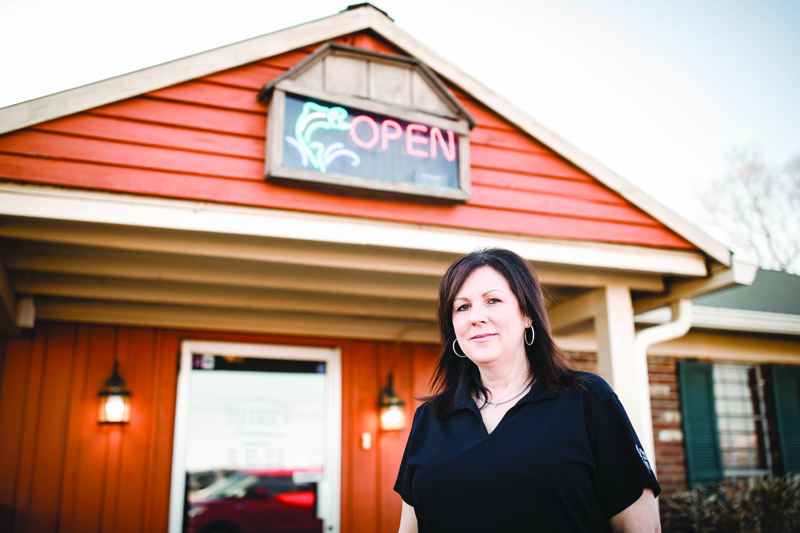 Issue a priority for new mayor

Second location to open in Rosedale

Long known for its delicious catfish as well as other great menu items, Catfish Cabin in Boyle will be opening a second location in Rosedale in the next four to six weeks. Owner Tara Herrin says the second Catfish Cabin will be moving into the former Dino’s building at 1310 Main Street.

“Several restaurants have been in that location over the years, such as Leo’s On The Levee, but Dino’s was the last there,” said Herrin. Besides the food Catfish Cabin has become known for, five to six new jobs will be added to the Rosedale economy as a result of the new location.

And, while the idea of expansion in an industry hit so hard over the past year might initially strike some as bad timing, Herrin said she is very excited about the move to Rosedale.

“My son, Michael Phillips, had mentioned the idea of expanding almost a year ago, but I had really put it out of my mind,” said Herrin. “He helps me run four other local businesses that we own so we stay extremely busy. But, when he brought it up again recently, and was a little more adamant, I could see where the move would make good business sense for us as well as offering our friends in Rosedale a new place to eat. In the last month, business has been absolutely amazing in Boyle and the people we’ve talked to in Rosedale have been very enthusiastic and welcoming–even before we’ve opened.”

The Boyle Catfish Cabin offers an all-you-can-eat buffet lunch from Friday to Sunday (with a buffet dinner on Friday night as well) from 11:00 a.m. to 1:30 p.m. while Thursday through Saturday nights a full menu is offered to customers from 5:00 to 10:00 p.m. Herrin said the same hours will probably apply to the new Rosedale location.

“We’re a family-owned and operated business and couldn’t be happier to be opening in Rosedale and fulfill a need the city has right now,” said Herrin, a Boyle native whose grandfather, Preston Riley, was mayor of the town from 1972 to 1990. “My parents had this restaurant in the late 70s when it was known as The Catfish Kitchen and I grew up in the business before taking it over in 2005. I’m sure we’ll recognize many of the new customers in Rosedale from seeing them in Boyle,” said Herrin. “But, we’re also excited about meeting more folks from in town as well as the Beulah, Benoit and Gunnison communities and providing them the great food and service I’m thankful we’ve become known for over the years.”