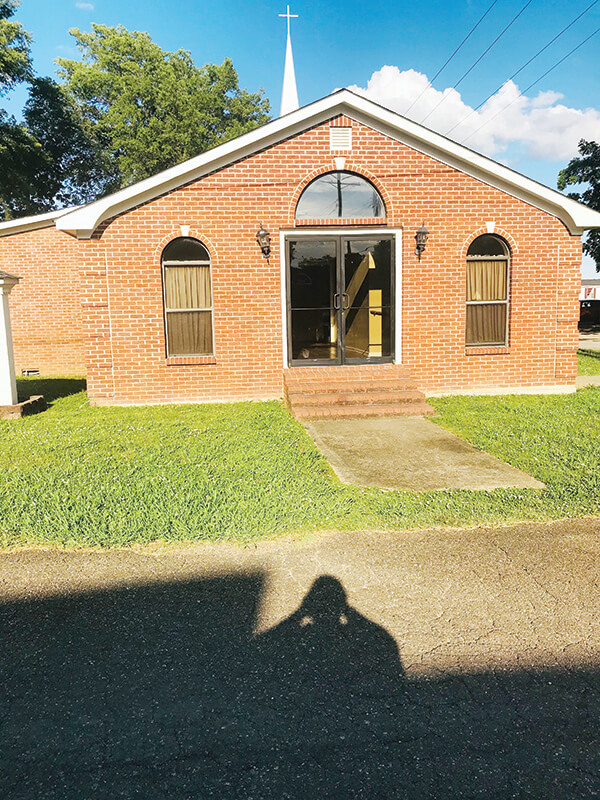 Shelby’s Shiloh MB Church is historical for many reasons.

“God has been our shield and strength. He has guided us with his words.”

The congregation of  Shiloh Missionary Baptist Church in Shelby is preparing to celebrate its 75th year of existence—which in and of itself is an incredible milestone; but the fact that the church has been pastored by only two men during that time is also quite a rarity.

The church bought its first lot for $245 in November, 1953 from a Ms. Bessie Lee William and then, in March of 1981, bought a new, secondary lot. The church name was changed to Shiloh in 1978 and expanded again in 1983 when 25 feet of space was bought on the south side of the church from Ms. Lillie Kauffman.

Shiloh’s first pastor, the Reverend T.B. Bronner, passed away in 1987 and the church’s current pastor–and only their second–Reverend James Miller, who had been the Associate Pastor, took the helm in 1990 after the congregation observed one year of mourning. Under Rev. Miller’s leadership, the church purchased Shiloh Memorial Gardens, two acres, in August, 1999 and a Fellowship Hall was built the following November. Shiloh not only has its own cemetery for its members’ final resting place, but was also remodeled in 2004, adding a parking lot and more room in the actual church for its members.

Mona Wilson, the current Choir President and Historian for Shiloh Missionary Baptist Church, said “the 75-year total history of our church is preserved with the hope of inspiring our present and future congregations,” noting that many generations of families have been raised and stayed together during the church’s entire history and that she herself has been a member for 58 years.

“We are planning to observe and have a special celebration of our church’s 75th anniversary in November,” said Wilson. “Like every other church we’ve been holding our services online, having not been allowed to go back into the sanctuary, and we are just waiting to see what happens.”

Wilson says Shiloh is a special church in more ways than just its longevity.

“Since 1945, whole families have stayed here in this church. Many of us had large families, like mine, and we have been here the whole time. My mother was a member, for example. And that’s typical for Shiloh—families stay together. We all have known each other for all of our lives—literally,” she said.

Clarence Johnson, Head Deacon and Vice Chairman at Shiloh, has also been a member of the church his entire life and is one of its longest-attending congregants today. He joined in 1963 and was ordained as a deacon in 1983.

“We haven’t actually been in church to worship together since early March because of the virus but, fortunately, it looks like we will be cleared to come back to the church any day now as long as we wear masks and maintain the standard social distancing, not shake hands and so forth.” said Johnson.

He says the church, which has about 45 regularly-attending members, will resume its schedule of holding Sunday morning services every 1st, 4th and 5th Sunday.

What is so special about Shiloh?

“Not many churches have the long history that we have,” Johnson answers. “We are more like a small community here, with a tradition of growing families who stay here for years and years. My mother and father were members—Mona Wilson and her husband, Larry—their mothers were members. Certainly we have visitors from other churches from time to time and people who might come and go, but the core group of congregants has been together, really, since we began the church 75 years ago.”

Johnson says his favorite memories of Shiloh come from his childhood.

“Easter was always so special,” he recalls. “Of course, we’d dress up in our best suits and dresses, sometimes brand new. and there would be prizes given out to the children who found certain eggs—the mother egg and the father egg, we called them—hidden on the church grounds. We also would hold ‘Children’s Day’ where all the kids would get ice cream and cake at church! I loved those days so much,” Johnson laughs.

“The song May The Work I’ve Done Speak For Me was my mother’s favorite hymn,” said Wilson, “and after going through so many of life’s ups and downs I now understand why it was. Today, our members are much younger and energetic, but they love this church as much as we older members did and still do. At Shiloh, everybody is encouraged to keep God first.”