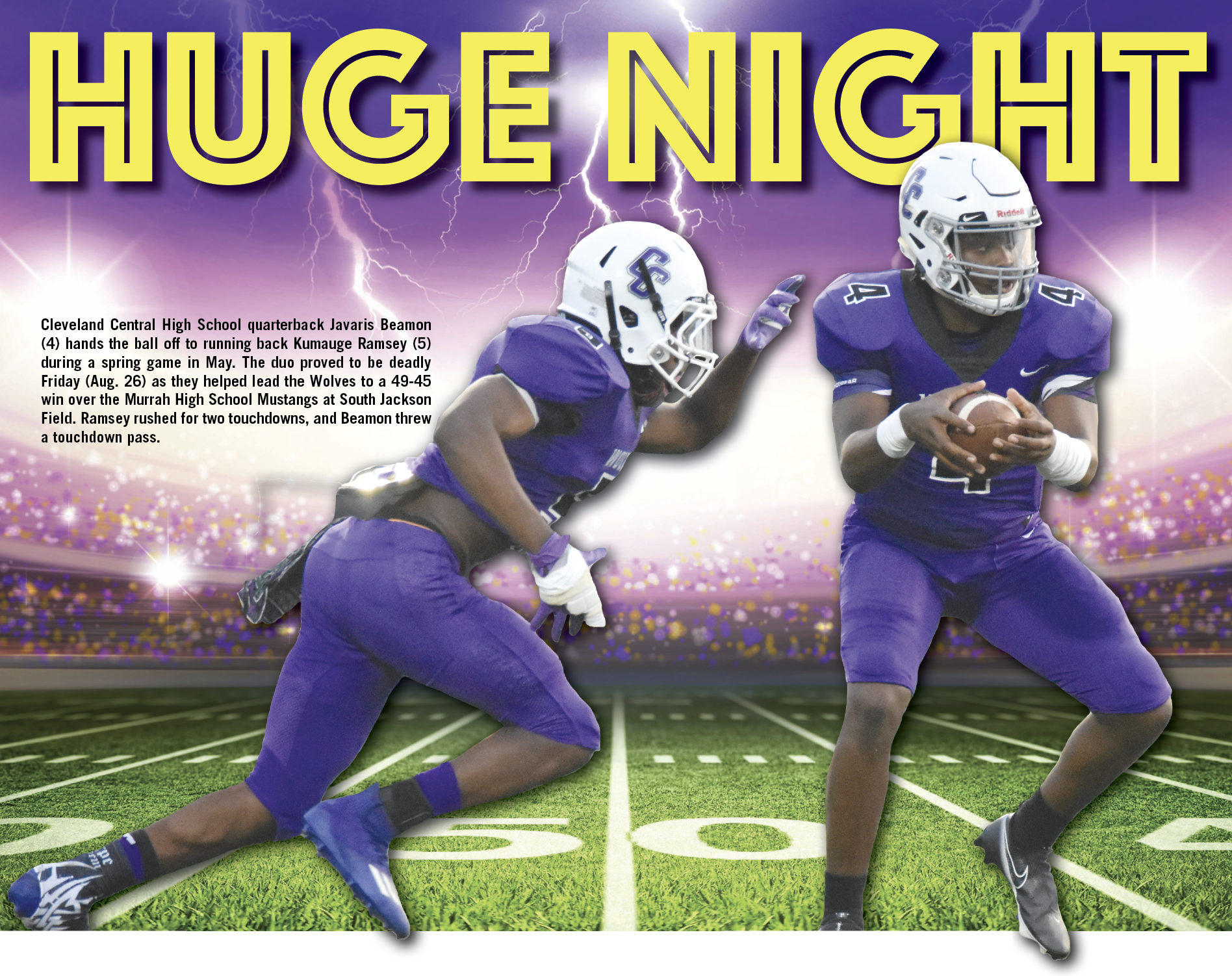 Friday night (Aug. 26) in Jackson was a huge night for the 5A Cleveland Central High School Wolves on many levels.

The Wolves took on the 6A Murrah High School Mustangs to open the football season at South Jackson Field on the campus of Forest Hill High School. CCHS  went to Jackson with a young football team that featured quite a few juniors, sophomores and freshmen. The game also featured the first all female officiating crew in the history of high school football in Mississippi which garnered a lot of attention across the state.

The game itself turned out to be an exciting shootout. The Wolves trailed by two touchdowns at one point in the game, but they battled back and won 49-45.  Despite turning the ball over five times, the Wolves managed to rack up 483 yards of total offense.

CCHS Head Football Coach Kendrick Woodard felt his team has some improvements to make but was proud of the way the players fought during the contest.

“Overall, I thought we played well,” said Woodard. “We made some first game mistakes. We turned the ball over absolutely way too much. We can’t have those turnovers in the red zone. We’ve got to get back to the drawing board and try to fix some things. We have to do a much better job with our special teams. They scored three touchdowns off special teams. Defensively, we have to do a better job of tackling and getting of the field on third down. Overall, I thought the guys came out and played well especially with the fact we lost as many seniors as we lost on last year’s ball club. The guys never quit.”

Woodard said there was a thrilling atmosphere surrounding the game and was pleased with how the game was officiated by the all female crew.

“The game was exciting,” said Woodard. “The environment of the game was electric, and it was a great crowd on both sides. The fans from Cleveland showed up. The Mississippi High School Activities Association did a great job of putting that officiating crew together. To be a part of that for the first time in history was amazing. My coaches and my players thought the women did a great job of controlling and managing the game.”

CCHS will be back in action on Friday (Sept. 2) when the Wolves host 6A Hernando at Mickey Sellers Stadium. Kickoff is set for 7:30 p.m.