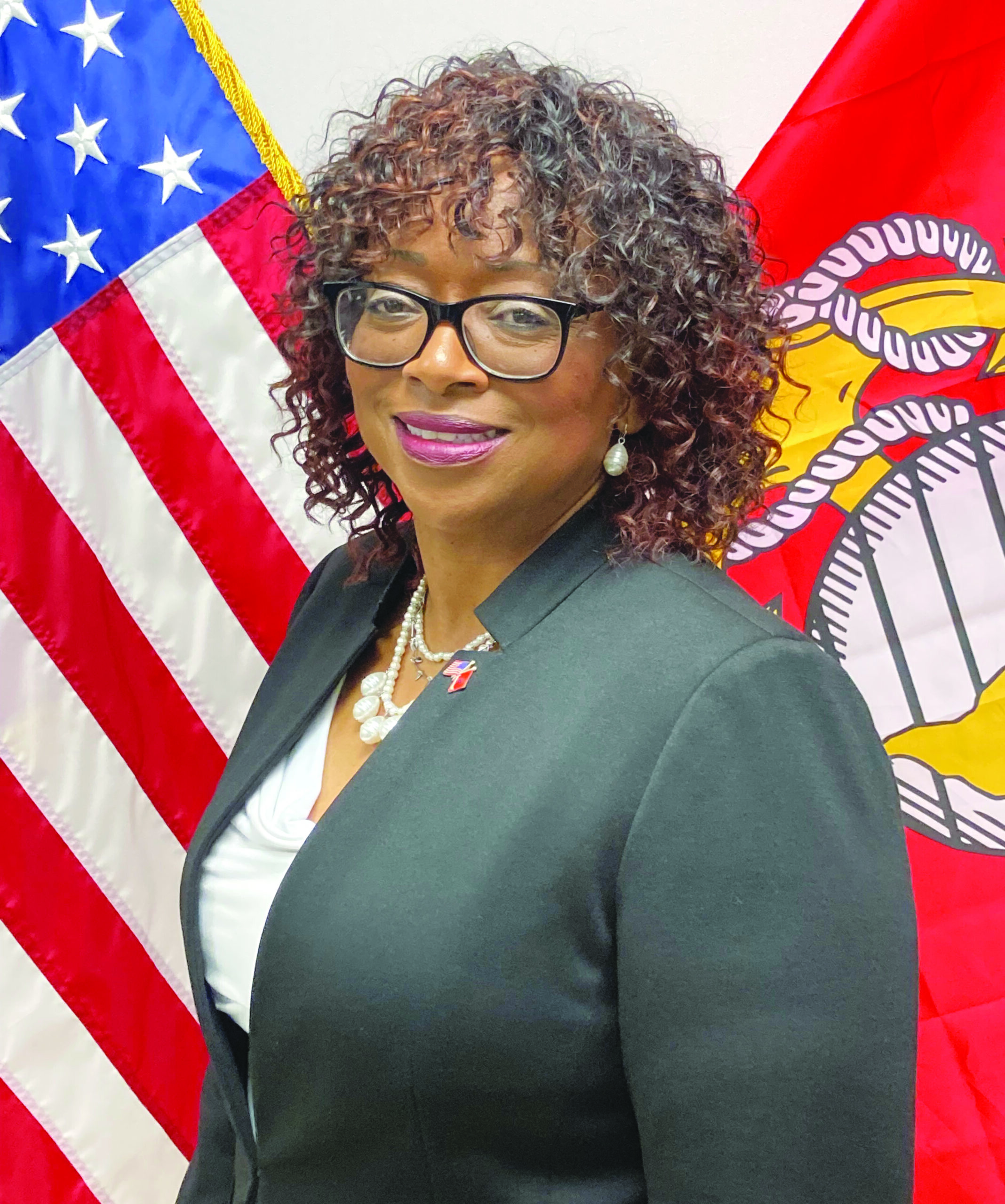 “The only thing you should ask of life is for an opportunity. And what you do with that opportunity is up to you.”

This quote is an important one for Geri Christian Henderson as it came from her mother many years ago. Born in Shelby, Henderson graduated from Rosedale High School in 1981. As a Mississippi Delta native, she remembers growing up Deeson, a small rural community on the riverside in Bolivar County.

“My grandfather purchased a farm there when he was alive many years ago,” Henderson recalled. “It was about 120 acres for his family, which consisted of seven children. So, I grew up in the country on a family farm. I helped chop cotton, raised chickens, pigs, the whole farm spectrum. We had orchards with fresh fruits: peaches, apples, plums and persimmons. We actually worked the farm. In the fall season, we picked the fruits and made preserves and other things. So, we were basically self-sufficient and would go to town only on the weekends. However, in the summertime, which if I’m to be honest, I dreaded, because we chopped cotton. For me, school could have been 12 months a year and I would have been totally happy.”

But Henderson admits she was always a studious child anyway. To escape her doldrums, she would read constantly.

“I was an avid reader,” she said. “And I still read a lot today. To me, reading is so very important. I always loved to read, so school for me was a way to escape the work I did on the farm. There were five of us girls and my dad didn’t consider the fact that we were female, we had to work just as hard as the boys.”

Henderson said her life took a drastic, but amazing turn when during her senior year in high school one of her counselors mentioned the ASVAB (Armed Services Vocational Aptitude Battery) test.

“And unlike schools today where there are many different programs, at that time in my school district I had no clue about anything military except the Army,” she added. “So I took the ASVAB test and I did exceptionally well; I was in the top five of my school. I qualified for all branches of service and the Army actually offered me a $20,000 bonus and I turned it down to join the Marine Corp in my senior year of high school.”

Today, Henderson is retired from the Marine Corp and is director of School Counseling in the Beaufort County School District in Beaufort, South Carolina. She has been in education for 19 years. On October 13, 2021, she was surprised by her college advisor, Dr. Kent Murray, a professor at the Citadel, the military school of the South, where she earned a Master’s Degree in Education Leadership.

“He surprised me because during a School District meeting, he informed me that I was the recipient of the 2021 Outstanding Education Alumna Award from the Citadel’s Zucker Family School of Education and will be inducted into the Wall of Fame. This is the first time that this award has been presented to someone in Beaufort County.”

Henderson said normally, the Citadel hosts a formal banquet and presents the award to the recipient, but due to COVID, the Citadel will be hosting a virtual ceremony from 6:00 p.m. – 7:00 p.m. on November 4.

“To view the Wall of Fame Induction Ceremony, you have to register in advance at https://hopin.com/events/zucker-family-school-of-education-wall-of-fame-2021 and everyone is cordially invited to attend. I am so honored and excited to be a part of this wonderful event. The Citadel, where I earned my Master’s in Education Leadership, is an amazing school and actually allowed the first minority to enroll in 1965. For them to acknowledge the work that we partner to do here in the Beaufort School District is wonderful. When I started the initiatives in our District that I’m being honored for, I didn’t even know about the award, so this is very precious to me. All I knew was that I was helping school counselors and teachers in our District to advance their education or pursue an endeavor that was being offered right here in our District so they didn’t have to travel. My goal was to empower educators.”

Taking advantage of those opportunities that life sometimes offers is something that Henderson believes in and that she credits her mother for having taught her.

“You can do anything you want to do,” said Henderson. “You just have to be committed and dedicated to whatever it is you want to do. It’s hard work. I had a professor tell me that education is the key to economic freedom. Don’t expect anybody to give you anything. My mother always told me: Geri, the only thing you should ask of life is for an opportunity. And what you do with that opportunity is up to you.”