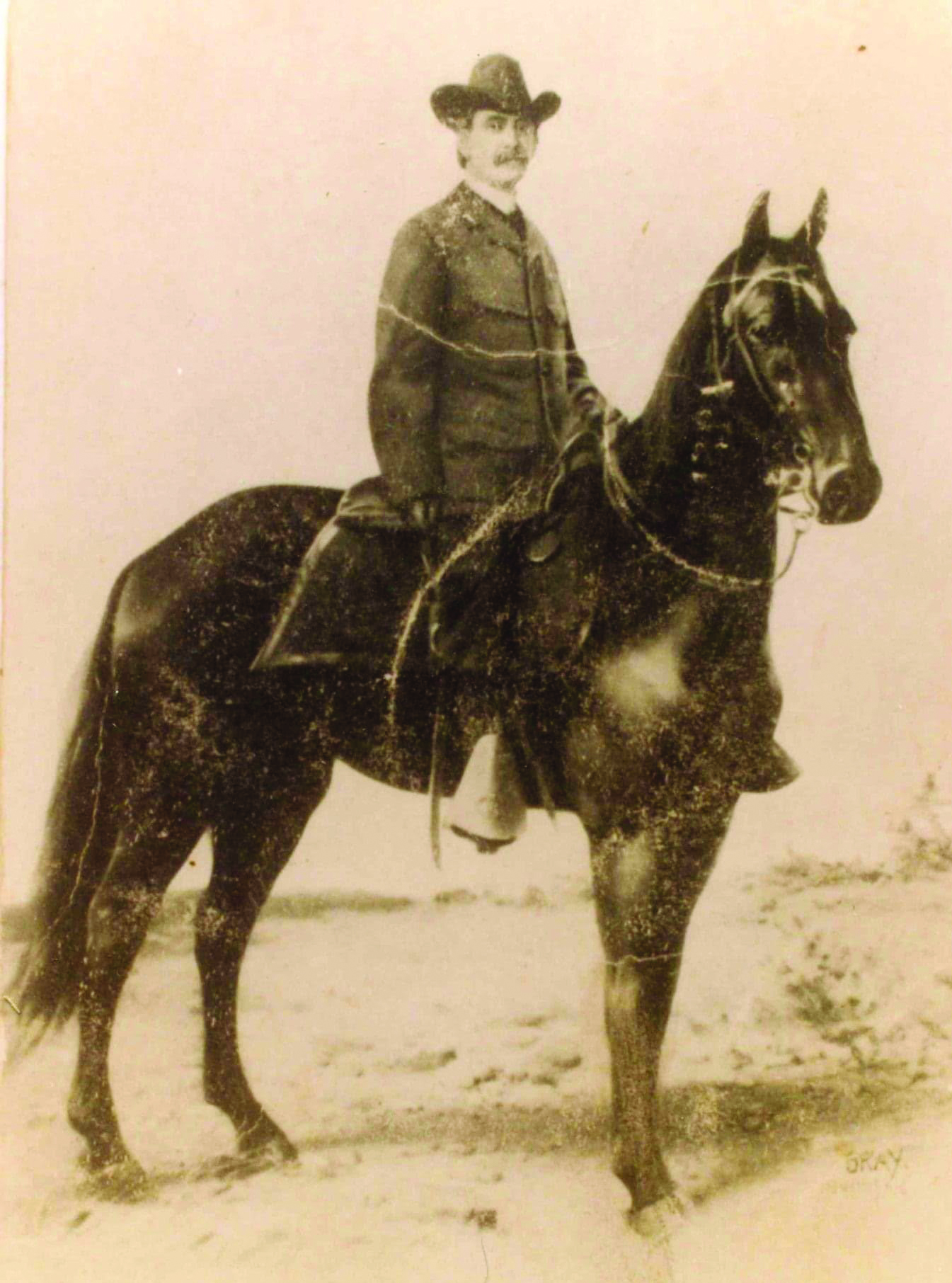 The final resting place for many prominent citizens

Very little written history can be found about the beautiful Rosedale Cemetery. Stories shared from generation to generation are even more scarce. Situated just north of town in western Bolivar County, nestled against the levee, it is the final resting place of many notable citizens.

The oldest known grave in the cemetery is that of Carrie Mathews, daughter of R.J. and Elizabeth Mathews. Little Carrie was born on Feb. 9, 1872 and died just 18 months later in 1873. But, no one knows exactly when the cemetery was founded.

Over the years tombstones have been lost, sunk into the ground or crumbled under fallen tree limbs. For now, little Carrie is the oldest. The fact that her marker is still standing, to remember a long-lost child, is remarkable.

The town of Rosedale was established originally as Abel’s Point just north of the present-day community, right on the river. Because of flooded, the town moved downriver to Prentiss Landing, which burned in 1862 during the Civil War. After the war, the town was called Floreyville. But taking a cue from Col. Lafayette Jones plantation home, “Rosedale,” the town’s name was changed to Rosedale in 1876. Little Carrie had already been in the cemetery three years.

There is speculation the cemetery might have started with Charles Scott, a prominent Rosedale resident who owned thousands of acres of land in the area. Scott didn’t begin purchasing land from Jones until 1882. If history records are current, Carrie Mathews was buried when the town was known as Floreyville.

Scott did eventually take possession of the cemetery sometime in the late 1880s, possibility when he purchased land from Jones. But on June 5, 1901, Scott sold the cemetery for $1 to a group of men who would become trustees of the Rosedale Cemetery. The original trustees were F.M. Scott, Fontaine Jones, H.D. Chaney, E.M. Scott, S.A. Hinds, E.H. Moore and Charles Scott. According to the deed recorded at the Bolivar County Courthouse in Rosedale, ‘the Rosedale Cemetery is deeded to the Trustees, their successors and assigns forever.’

The deed says the trustees could sell a “lot” (plot) in the cemetery for $1 but only to people who ‘already have their dead interred within’ or to be bury family of the trustees. The board could also occasionally sell lots to other folks, as the deed stated, as long as they were white. And at the discretion of the trustees, they could bury someone free of charge if the family was unable to pay.

As time moved on, ownership of the cemetery has become unclear. The trustees were to appoint successors to the board. At the moment, it is not known who the trustees are, if any, for the Rosedale Cemetery.

The late Gene McCreary became caretaker of the cemetery in the mid-2000s and his son, Darryl, took over the job when his father died in 2008.

The Rosedale Cemetery is filled with granite and marble tombstones, some elaborate, others very simple and understated. They are scattered among magnolia and oak trees. Some are grouped together inside black wrought iron fencing and marked with yucca plants, often used to symbolize mourning and to ward off evil spirits or to keep restless spirits in their graves.

Among the souls resting in the Rosedale Cemetery are a number of Italians. The Mississippi Delta became home to thousands of Italian immigrants in the late 1800s and early 1900s. Many came here as indentured servants to work on Delta plantations. Others left their homes in Italy for a fresh start in America, becoming farmers, merchants and shop owners. Several Italian immigrants called Rosedale home.

One such family buried in the Rosedale Cemetery is Mariano Graziosi and his wife Rosa Cesarini. Mariano was 59-years-old and Rosa was 54 when they arrived in Rosedale, along with two sons, in December 1906 from Falconara, Italy. They joined their older son, Augusto in Rosedale, who had come to America a year earlier.

Augusto and his wife, Antonia, operated a farm off Miss. Highway 1 just south of town until his death in 1940. Antonia, a small woman standing less than five feet tall, was called Miss Grazi. She milked cows, kept chickens and raised vegetables, enough to sell at a local grocery store. And according to her grandson, the late Delta journalist Leroy Morganti, she liked a piece of peppermint candy and a shot of whiskey in the evening.

She grew chilies used to make what became known as Miz Grazi’s Hot Stuff, a hot sauce you can still find today at Backyard Burgers, and sometimes the local Piggly Wiggly in Rosedale.

While Augusto and Antonia are buried in the Beulah Cemetery, Mariano and Rosa’s grave is one of the oldest Italian markers in the Rosedale Cemetery. And just think, they had a little something to do with making Delta culinary history.

“There is so much history in the Rosedale Cemetery that needs to be preserved,” said Debbie Leftwich, coordinator for the Bolivar County GenWeb, a website depository for cemeteries and local history across Mississippi. “Our history is being swallowed up by Mother Nature.”

Rosedale resident Porter Leftwich’s great-great grandfather is buried in the Rosedale Cemetery. R.L.D. Evans was a grocery merchant who moved to Rosedale from Virginia in 1880. A widower, Evans believed in doing his civic duty. He served as an alderman for the village of Gunnison and in 1894 was elected as a city councilman in Rosedale.

“It’s extremely important to keep this cemetery intact,” said Rosedale native and businessman Jack Coleman. “This is our history:

One of the most elegant tombstones in the cemetery is that of Rizieri Pretti, who was born in Sarmede, Italy in 1874 and died in Rosedale at the age of 43 in 1917. The entire inscription is in Italian.

Other names associated with Rosedale are among the many buried in the cemetery by the levee. Names like Roberts, Wilson, Yerger, Weissinger and Eddins, including Rosedale attorney Mike Eddins, who is the last person buried in the cemetery in 2002. And according to the book Cemetery Record Bolivar County Miss. 1947 Miss. Delta Chapter D.A.R., there are several Civil War soldiers buried there, although none of the markers indicate as such.

Coleman added that the Rosedale Cemetery can tell us much about who the town of Rosedale is and where it came from. It’s a history, Leftwich said, that deserves to be preserved and told for generations to come.