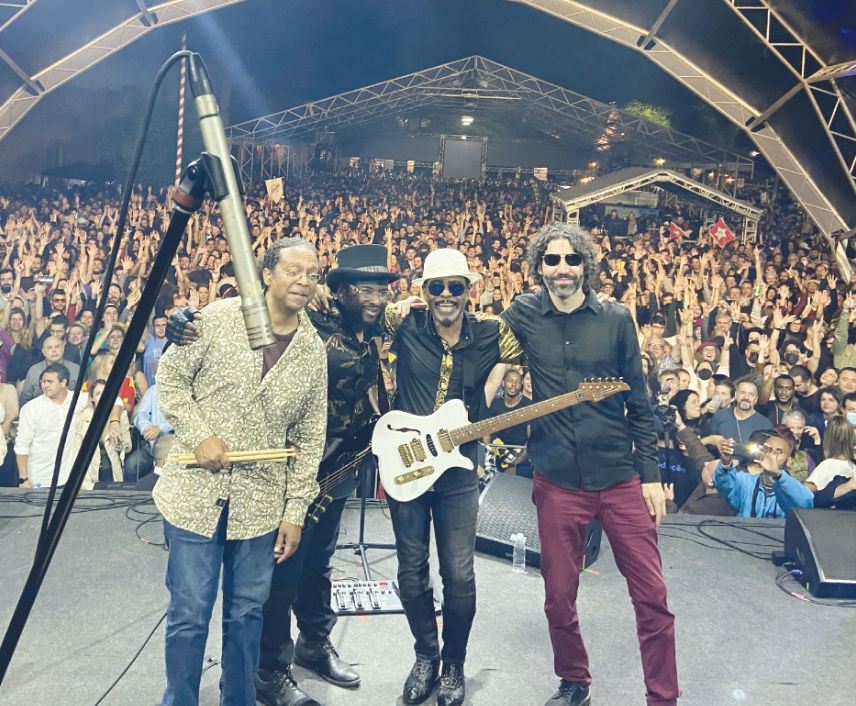 Joe Eagle was born and raised in Mound Bayou. As a talented musician, Eagle got his start in the music and recording industry as a drummer and publishing intern for Grammy nominated and multi-platinum, award-winning music producer Ed Townsend. Eagle has played drums for many music legends, such as Dee Dee Warwick, Little Milton, Stevie Ray Vaughn, and Blues artist Albert King, just to name a few. He has opened for artists such as Taj Mahal, Etta James, Luther Allison, BB King, Bobby Bland, Dr. John, Ray Charles and the list goes on and on. To say Eagle has played for and with many musical giants would be an understatement.

Eagle plays all genres of music, from Blues to Rock and Roll. But he said for many of the local artists that he  plays with, Blues is the common denominator.

“They may play a majority of other types of music, but Blues is incorporated in there somewhere,” he said. “They may be billed as a Blues band, but play all kinds of music.”

Eagle spends his time these days freelancing, playing with many different artists, both internationally and locally. He has been playing drums since high school after meeting songwriter and record producer Ed Townsend.

“After I got out of high school, record producer Ed Townsend moved to town. Ed wrote “Let’s Get It On” for Marvin Gaye, a song that was first written in Mound Bayou and intended for a local group,” said Eagle. “And, that’s when I first really got started. Clyde Otis was another mentor of mine. He’s a songwriter and the first African American music publisher. He broke down many barriers for African Americans in those days. Growing up, I lived near the high school and every time the band came out to practice, it was a big deal for me. I gravitated toward the drummer. As a kid, my friends and I were always beating on something: a box, a five-gallon bucket or just anything. And in our eyes, those were our drums. And I sort of became the lead drummer.”

In 1997, Eagle started a community development project with an emphasis on career development and technology and plans are in the works to get the program up and going again.

“Right now we’re collaborating with a video broadcast company where we’ll get students involved in sports broadcasting,” he said. “Some college games and some community college games. We’ll be training students here in Mound Bayou. It’s actually already happening right now, but we’re trying to develop a small core group of students. We want to get them trained and working in sports broadcasting.”

Eagle is currently writing music as well for other artists. Soon, he plans on teaching after-school courses in African and Latin drumming for local youth too. But workforce training with the community development project is high on his priority list.

Eagle is co-producing a multi-city tour called “Living In America.” It will feature former musicians from the James Brown Band and the Rick James Stone City Band, plus other great nationally known bands.

“The career development is my main focus right now,” Eagle said. “Teaching students skills is so very important and young people are quick to learn and not eager to be placed inside a box, which is great. Technology is their domain.”

For more information on Eagle’s community development project, email him at eagleacademy2@hotmail.com.