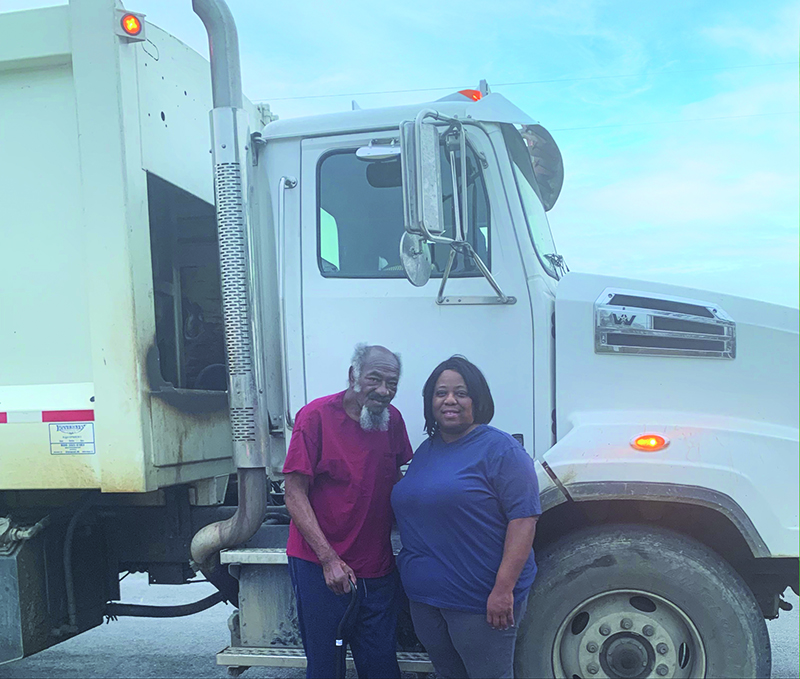 One person’s “trash” is another person’s treasure

“Our neighbor then was on the city board,” she said. “He and my father would stand over what I like to call the imaginary neighbor fence and talk on some days. And, on this particular day, our neighbor was complaining about the garbage service in Mound Bayou. He told my dad that it seemed to him as much money as people paid for garbage pickup, it could be collected on a timely basis. And truthfully, this became a regular conversation between the two of them.”

Johnson said that after a few months of that continued discussion about the haphazard garbage pickup, her father decided to ask their neighbor how much the city paid for garbage collection.

“So my dad asked, and when the neighbor told him that the collectors were paid quite a bit per month, my father was stunned because the garbage was not picked up on a very regular basis,” said Johnson. “So, my dad told him if they would pay him the same, he’d make sure the garbage was picked up consistently. While it started out as a bit of a joke, my dad was very serious.”

Johnson said her father began to call people he knew on the board as well as the mayor and they all agreed that if he could begin a regular and consistent garbage collection, he could have the job.

“At that time, we didn’t even own a garbage truck,” she said. “We had a cotton trailer and a pickup truck. One Saturday my dad hooked up the trailer and we started picking up garbage that day, not really knowing that this was going to turn into a regular profession for all of us.”

Johnson said the family business just continued to grow exponentially from there. Today, Johnson’s Garbage Service has a pickup contract with much of Bolivar County.

“We have two trucks running now and six employees,” she added. “Before I started working full-time with my dad in this business, I owned a daycare and one of my former babies that I took care of now works for us. She’s all grown up now and drives for us. I have some really great employees.”

Johnson said once all this started, her goal was to become the garbage queen of the Delta. “Once we saw the success we could have with the business, I became more aggressive in getting contracts. My dad sort of let me become the entrepreneur of the business. And after 25 years, I think I’m getting closer to that goal.”

Celebrating 25 years of business on April 9, Johnson said the success of their business has been based solely on dedicated and hardworking employees.

“Prior to the COVID pandemic, Johnson’s Garbage Service had never missed a pickup in over 23 years,” she added. “However, our company and the industry as a whole, as well as many other types of businesses, have experienced service delays due to labor and supply chain shortages. We are working tirelessly every day and even nights to keep the impact of these shortages at a minimum. We appreciate the patience of each town and community that we serve and thank them for allowing us to provide their garbage pickup needs.”