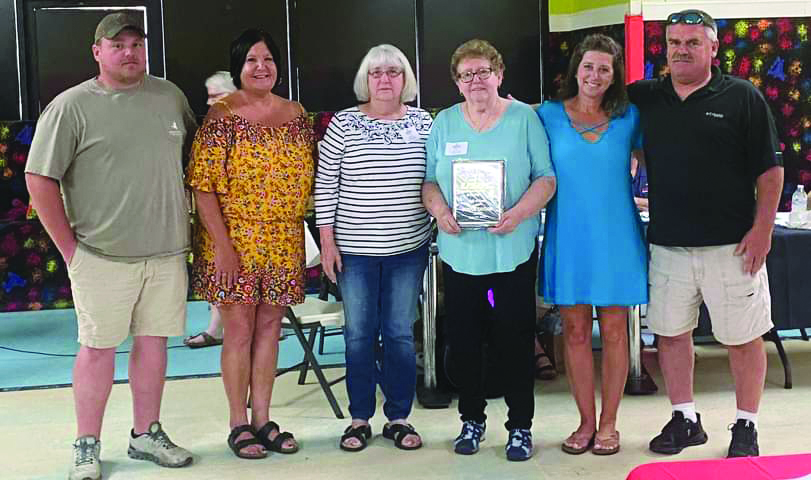 Local bowler Bonnie Taylor was recently recognized for her achievements in the sport as she was inducted into the United States Bowling Congress Mississippi State Hall of Fame last month in Philadelphia, Miss.

Taylor has been bowling for 43 years. She’s bowled in 42 state tournaments, 22 national tournaments and 13 national senior tournaments. She’s also held many positions that has helped with the local bowling leagues during the years. She is currently the Cleveland USBC Association Manager. Taylor will be moving down to Ocean Springs later in the year where she will be living close to her daughter Mary Louise Ross and her husband Ryan Ross.

Taylor was humbled by being inducted into the hall of fame.

“It’s truly an honor,” said Taylor. “Your peers are recognizing you for everything you’ve done over the years.”

“It’s a great achievement for her,” said Gong. “She’s been bowling with us for a long, long time. I’ve known her and her family for a long time. She bowled with her daughter, Mary Louise, here for the longest time. Bonnie is going to be moving down to the coast, and I hate to see her leave. She’s been very instrumental in everything we’ve done and the success that we’ve had here. She’s a good one.”

Taylor said being able to compete in tournaments all over the state and the country has been a fulfilling experience.

“Until I started bowling, I had only been to a few towns in Mississippi,” said Taylor. “I loved going to different cites and meeting new people. Twenty two years ago, I went to my first USBC National Tournament which was in Salt Lake City, Utah. If it were not for bowling, I wouldn’t have been to all the states I have visited.”

Taylor, 78, has proven that bowling is a true lifetime sport, and she doesn’t plan on putting her ball up.

“Right now, I’m having a few problems, but I don’t plan on quitting anytime soon,” said Taylor about her health and outlook for the future. “Bowling has been extremely important in my life. I’ve made friends on the state level and local level that I will have for the rest of my life. Bowling is a close knit family. That’s the way I look at it. My bowling friends are my bowling family. They’re all very important.”

Gong has been impressed with Taylor’s staying power in the sport.

“Bonnie is one of our most senior bowlers out here, and she’s still going strong,” said Gong. “She’s goes to a lot of tournaments. She usually does very well at tournaments. We’ve been lucky to have her. Everybody likes her. What else can you say?”