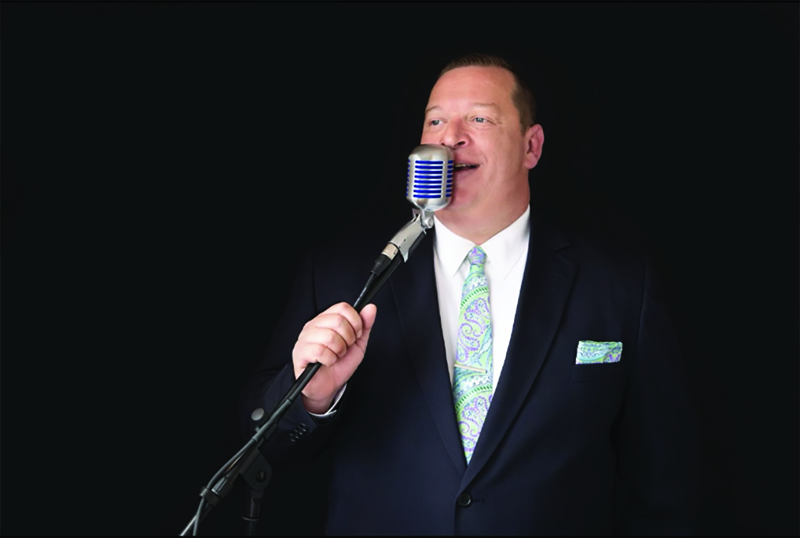 Charley Lucas is making a name for himself–with his voice. The 20-year EMT who works in Cleveland but lives in Ruleville, just recently signed with a Nashville gospel label and will have a new single out soon. It’s not Lucas’ first taste of music success, though.

“I put out a self-titled CD a few years ago as an independent artist that I recorded at the Delta Music Institute at Delta State,” he said. “And, I put out a song called ‘I Get Down’, that I co-wrote, which was on the Top 80 gospel charts nationally for about seven months, this after I had just sent to some radio stations to gauge interest. It started getting airplay, and next thing you know, it showed up on the Southern Gospel Music chart as well as two other gospel charts.”

The former Army medic who served in the military for 12 years “all over the world”, said he grew up singing as a youngster in church. As he got older, he left the church for a while and began singing and performing country music at honky tonks and bars across the South. But a life-changing event happened eight years ago which made Lucas find his way back to the church–and to gospel music.

“All of my children were grown and out on their own,” he said. “But, eight years ago we were blessed with a set of twin girls. And, I could hear my late grandmother’s voice telling me. ‘Those girls need to be in church,’ so I started taking them. Come to find out, I was actually the one that needed to be in church.”

That led to him leaving the bar scene behind and going back to singing in the church and gospel songs.

“I got involved with a big gospel group out of Nashville called The Issacs,” he said. “With my unique bass voice, I did some work with them as well as filling in with several large gospel quartets. But, with my paramedic schedule, over 300 hours a month on average, I couldn’t commit to join any group full-time.”

On April 2 of this year, Lucas signed with the label Steeple Country, owned by Godsey Media in Nashville. Over the Memorial Day weekend, he spent time in the the label’s studio recording twelve tracks, the sound of which he describes as “country gospel.

“We hope to release the single, ‘Not On My Watch’,” which can be seen as a video now on my public Charley Lucas Facebook page,” said Lucas. “The full CD will be released the first week of September. And, they’ll be handling all the promotion.”

Lucas’ Facebook page is public, and his websites are www.charleylucasmusic.com and www.charleylucas.com where his music can be heard and downloaded, and more information on this up and coming gospel singer can be found.