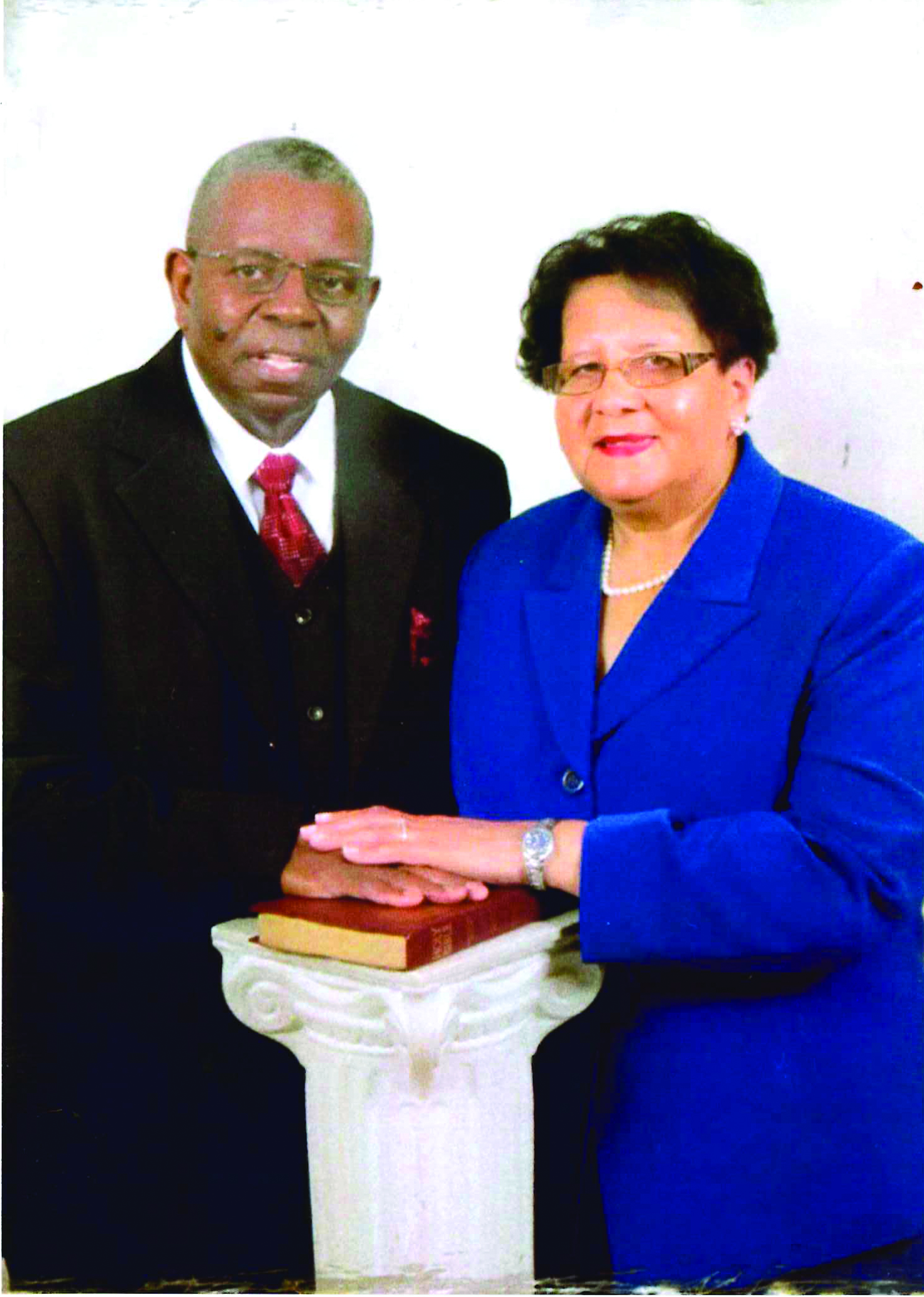 Shelby couple taught for over 50 years

George and Claudia Harris spent 50 years teaching the young people of Shelby, he as a Math instructor, she as an English teacher. Their dedication and devotion led to the town’s middle school being renamed after them. And, they’re both tremendous believers in the place they served for so many years.

George, a Booneville native and Clauida, originally from Crenshaw, came to Shelby in 1965 to begin their teaching careers at what was then Broad Street High School.  George had graduated from Mississippi Valley State University and Claudia had graduated from Rust College.

“When we started there, Broad Street was from grades 1 through 12 and about 1300 primarily black students attended,” said George. “In 1971, when integration took place, Shelby High School became the middle school and Broad Street became the high school for all students in town. I don’t think I taught my first white student until 1972, though.” he recalled.

During the last 13 years of his teaching career, Harris taught a Jobs Skills program for graduates that originated from Jackson at Broad Street. “But, for the first 37 years of my career, I taught algebra, geometry, advanced math–anything dealing with the subject,” he said. “Claudia always taught English, though.” Harris was also an adjunct night school college algebra professor at Coahoma Community College from 1985 until 2005.

The couple both retired in 2018. In 2019, Broad Street consolidated and became North Side High. The Shelby Middle School was named the “George and Claudia Educational Recreation Center” upon their retirement. “It was officially named after us on Valentine’s Day,” laughed George, “and we both were so honored by the recognition. It’s so good to be acknowledged for the work you’ve done for the community and for trying to effect it in a positive way. We were both so thrilled Shelby took the time to bestow such a honor–especially while we both were alive!” he laughed. “Usually buildings only get named for people after they pass away!

“We were always committed to helping our students and doing our best to provide them with the skills and knowledge they needed to be productive, happy people,” said George. “And, we still try to do that, even in our retirement. We’re proud to have seen so many of our former students go on to lead successful lives; even our daughter, Kristi Harris, is the Federal Program Director and Coordinator for the Cleveland School District,” he added.

The Harrises are both currently actively involved in the remodeling work being done on the very building named after them. “Our theme for the project, until we complete it, is ‘People Working Together,’” said George. “We’re hoping to have it finished in a couple of years, but we need all the help and support we can get.” George said people interested in providing help can contact him, his wife, or the mayor of Shelby, Dan Harris.

“We love the town of Shelby and we’re really moving in a positive direction now,” said George. “I’m hearing from some of my former students who say they’re interested in coming back here and starting businesses, even. We’re growing again because people want to see this town become what it once was. When Claudia and I first came here in 1965, there was a hospital, car dealerships, and several thriving businesses. I truly believe that the younger generation can bring that kind of activity back to Shelby.”

When asked about the old education cliche, math is never used after graduating school, George begged to differ and even offered examples.

“Math is involved in everything we do on a daily basis,” he said, “from balancing your checkbook to performing handy or repair work around the house. I also took my students to math fairs and tried also to demonstrate how a strong knowledge of math could help them in life. Just the other day, I was having a problem fitting a six foot ladder in the back of my truck which is only five feet. Well,” he laughed, “I thought about the Pythagorean Theorem and the hypotenuse and got the ladder in diagonically!”

George, who will be 80 in July, and Claudia, who turns 79 also in July, show no signs of slowing down after a lifelong career of educating and helping the young people of Shelby. “And, we intend to keep on doing that for as long as we’re able,” said Claudia. “My father was also a teacher, and a school principal, for 26 years, in Falkner, MS” added George. “And, he was the most giving man you’d ever want to meet. He was a vegetarian and kept up a big garden–and he would always tell the folks in the community to pick whatever they wanted from it whenever they wanted. He lived to be 104 years old, and I always tried to emulate that kindness that he showed. Claudia and I believe in giving back and helping Shelby–and always will.”