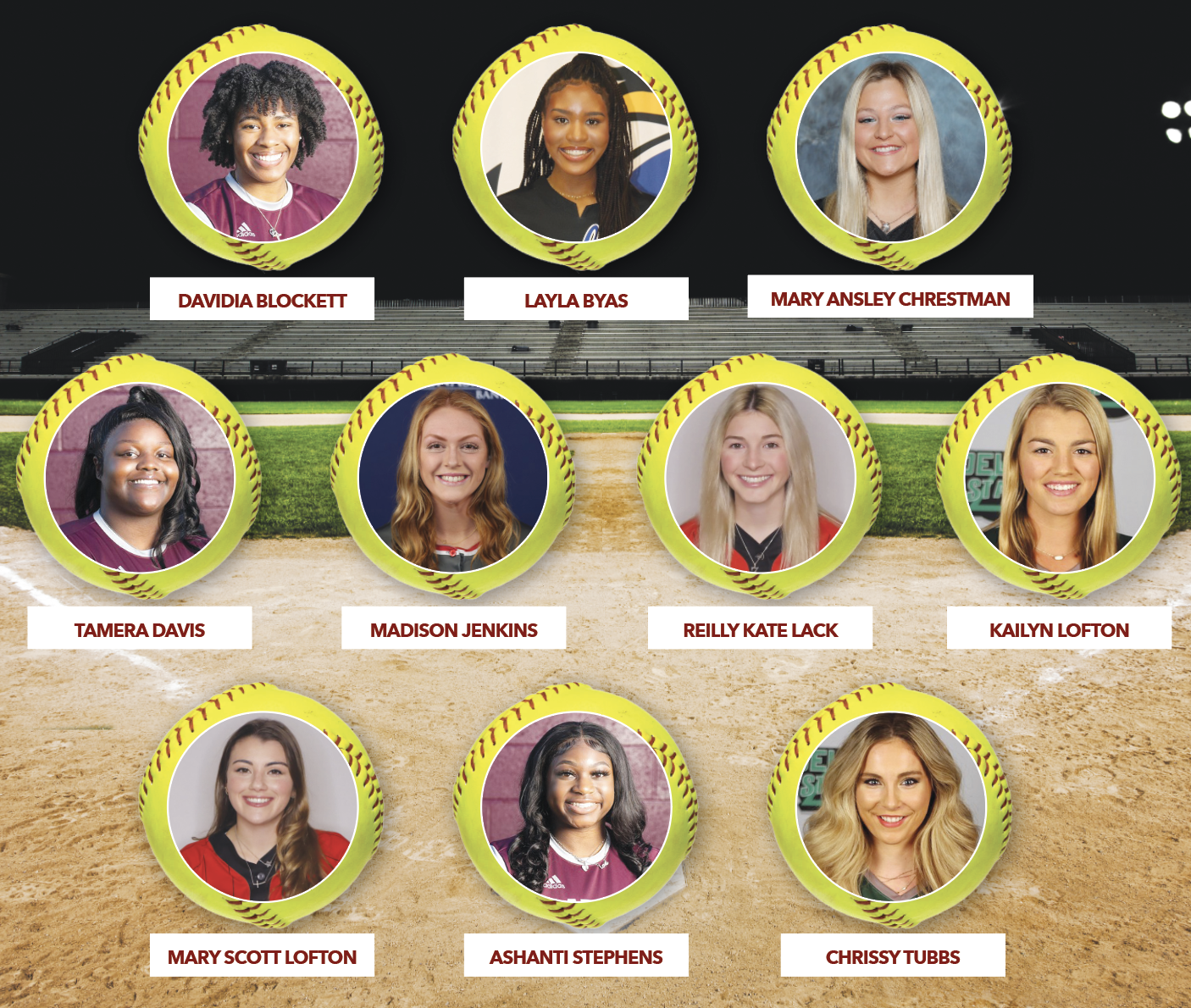 Over the last several years, there have been many area standouts in softball that have shined on the high school level and made their way to the next level.

This year alone there are a confirmed 10 local females that are currently on college rosters and adapting to life well on the collegiate level in softball.

Here are the area standouts:

Blockett, who graduated from Cleveland Central High School in 2020, has seen some action in the outfield for the Coahoma Community College Lady Tigers this season.She’s played in 14 games and has two hits, a RBI, a stolen base and three runs scored. Blockett, a sophomore, is in her second year at CCC.

Byas, who graduated from Bayou Academy in 2020, is in her second year at Williams Baptist University in Walnut Ridge, Ark. The sophomore outfielder has had a good year for the Lady Eagles as she is hitting .294 with 15 hits, eight RBIs and 12 runs scored in 23 games (20 starts). She currently leads the team in triples (2) and has stolen eight bases this year. In her two seasons at Williams Baptist, she has a .261 career batting average with 12 RBIs, 20 stolen bases and 24 runs scored in 48 games.

Chrestman graduated from Bayou in 2021. Chrestman is hitting .265 in her first year at Copiah-Lincoln Community College. After starting the year 1-for-18, she is 8-for-16 in her last nine  games with all nine of those games coming in conference play. Chrestman has played in 20 games and driven in eight runs.She’s struck out just three times this year and is 5-for-5 on stolen base attempts. She hasn’t committed an error in the field in seven fielding chances. Copiah-Lincoln (28-2) has won 23 games in a row and is currently ranked second in the NJCAA Division II Softball Poll.

Davis, a 2021 Cleveland Central High School graduate, is currently playing for the Coahoma Community College Lady Tigers. Davis has seen some action playing as a designated player during her freshman season as she is hitting .200 (2-for-10) in seven games. She’s stolen a base and scored a run.

Lack, a 2020 Bayou Academy graduate, is in her second season at Mississippi Delta Community College. She is currently hitting .259 with a home run, nine RBIs and seven runs scored in 25 games. She’s also stolen two bases and has 27 putouts with just one error in the field for a fielding percentage of .964. In her career, the sophomores outfielder has committed just one error in 42 fielding changes for a fielding percentage of .976 in 39 games. For her career, she has a .231 batting average with 18 hits and nine runs scored.

The 2017 Bayou Academy graduate enters her fifth year playing in the infield at Delta State University. The senior shortstop is currently hitting .320 with two home runs, 24 RBIs and 14 runs scored in 33 games. Her 24 RBIs lead the team lead in that category. Lofton’s career batting average currently stands at .277 with 146 hits,nine home runs, 73 RBIs, 80 runs scored in 197 games. She has won the Lady Statesman Award on the team the past two years.

The 2020 Bayou Academy graduate is in her second year playing in the infield at Mississippi Delta Community College. She’s is currently hitting .300 with 30 hits including three doubles, two triples, eight RBIs and 21 runs scored in 30 games. In the field, she’s committed just seven errors in 101 fielding chances for a fielding percentage of .931. For her career, she has a .278 average with 52 hits, 15 RBIs and 30 runs scored in 66 games. Her career fielding percentage is .925. She has signed to play softball at Delta State University next season.

Stephens, a 2021 Cleveland Central High School graduate, has had some solid games in her first year at Coahoma Community College. Against North Arkansas College on March 2, she went 3-for-4 with two home runs and four RBIs. Stephens is currently hitting .306 with four home runs, nine RBIs and 10 runs scored in 20 games. Stephens has also walked a team-high 10 times and been hit by three pitches to help give her a team-leading on-base percentage of .490.

Tubbs, who graduated from Bayou Academy in 2017, transferred to Delta State University this year after having a successful four-year career at the University of West Alabama. Tubbs, a versatile player who has played left field and catcher, has given the Lady Statesmen everything they needed and then some as she is currently hitting .323 with four home runs, 15 RBIs and has scored a team-leading 25 runs in 32 games. She earned Gulf South Conference Player of the Week on March 22 for going 9-for-17 over a five-game span. Tubbs was a steady player in her career at West Alabama as she posted a batting average of .295 with a home run, 41 RBIs, 104 hits and 61 runs scored in 155 career games. Her 49 career stolen bases at UWA put her tied for second on the school’s all-time career stolen base list.