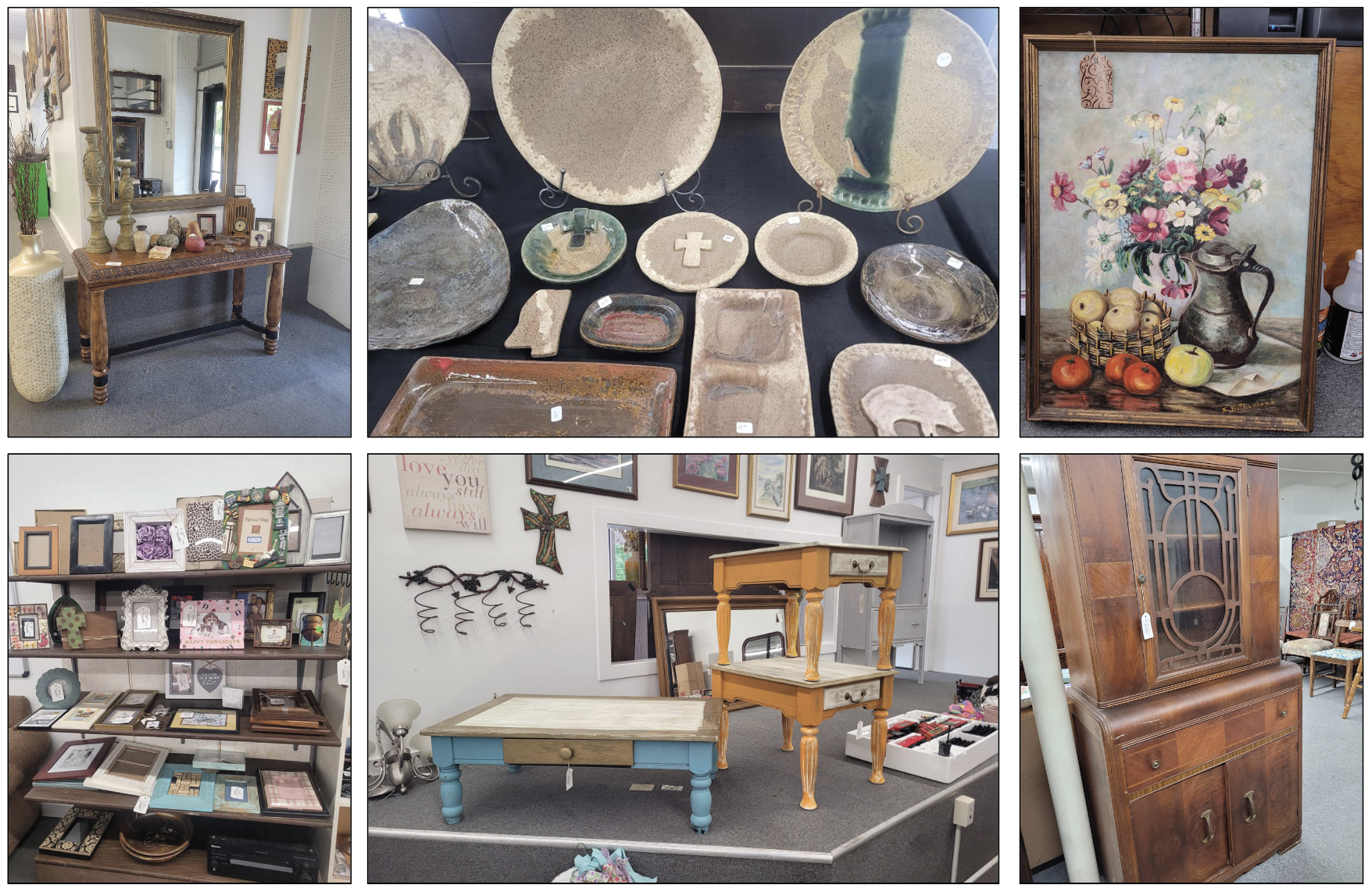 A store that has it all

Stephanie Knight, manager and co-owner of Michele’s Resale located at 211 South Sharpe Avenue in Cleveland, said that even while the new business just opened in August, it didn’t take long for word to spread about the great deals they offer.

“El Laurie Prewitt Eolm is the money behind the business and I’m the sweat equity!” laughed Knight when describing the set-up of Michele’s Resale. “My husband and I used to have the This and That consignment store here in town, and this new business is named after my beloved friend, Michele Reed, who worked with us at the former store before passing away a couple of years ago. She was truly the light of everything we did so I had to name the new store after her so that she could still be with us,” said Knight.

Michele’s Resale engages mostly in the buying and selling of just about anything and everything, said Knight, with some consignment. “We have everything here from some really cool antiques to simple, more everyday products,” she said, “and we’re really great for the college kids here in town. They–and their parents–have made up a large percentage of our business so far.”

Knight added that the store also has what they call a ‘free account’ which is available for people who want to donate items for those who might be in need. “It could be for folks who have gone through a house fire or were part of a domestic abuse situation or any other emergency that requires starting over,” explained Knight. “Those items that are donated for that purpose are tagged differently, so when people who need help come in they can easily spot what is available and we give it to them for free.”

Michele’s Resale does free pickup and delivery of items, said Knight, for people who want to clean up and clean out. “No need for yard sales or storage,” she said. “Just call us, get your money and you’re done with it all. That’s been a popular service of ours so far for people within the Bolivar County area.”

Knight noted that Michele’s Resale, being now in a much bigger space, more items are available for sale. “We’ve moved everything from antique china and furniture to chicken coop,” she chuckled. “These days, people are looking for bargains on many items and business has been really good. My old customers from the former store are coming in regularly and it’s like we picked up right where we left off.”

A recent survivor of Stage 4 sinus cancer, Knight said the new business represents a new outlook on life, as well. “It was a tough go there for a while,” she said. “But after chemo and radiation treatment, I’m now 100% cancer-free and, so, Michele’s Resale is a restart for me in many ways and I was ready to get back into the business and have my customers–my family, as I call them–back around me. I had missed them.”

Knight said that local potter, Charlotte Bailey, has a booth set up inside Michele’s Resale and that her work is a big seller. “Charlotte has the only booth here in the store and her pottery has been extremely popular,” said Knight. “It’s well-priced and so beautiful. Her work has been our biggest seller so far. Other than that, furniture is selling well and that’s common and normal. So many students came in when we opened in August to buy what they needed for their dorms and apartments.”

From time to time, Knight said that a few rare or collectible items also come through the doors of the store.

“Years ago, we had a bar here called Outlaw’s and I found one of their jackets with their emblem on the back of it,” she said. “That was one great item. We also have one of Reverend Sammy Rash’s record albums that he made years ago. So we are getting some historical Cleveland and Bolivar County items in and, at some point in the future, I plan on putting up a wall in the store with nothing but Delta memorabilia. That will appeal to local people as well as to the customers we’re getting in from all over the country. Since we opened, we’ve had people come in from as far away as Minnesota and Illinois,” said Knight.

To stay in stock, Knight said she and staff members will regularly go out to auctions to find items and bring back for resale. “That’s a whole lot of fun because you really never know what you’ll find,” she said.

Store hours for Michele’s Resale are Monday through Saturday from 10 a.m. to 5 p.m. For more information, call 662-719-7860 or email michelesresale@hotmail.com