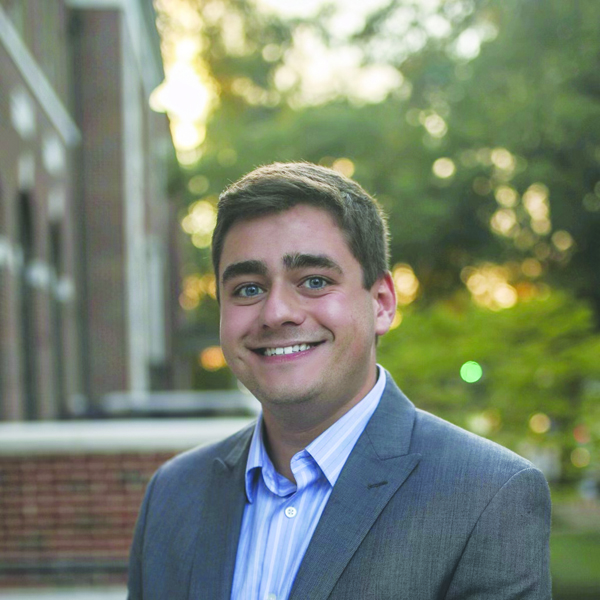 Relishes his role on and off the court

Under the tutelage of head coach Jake Miller, the McEvans High School Lady Warriors have given their fans a solid team in their first year of volleyball.

The Lady Warriors have played in two five set thrillers and are 1-1 thus far to start their inaugural year. Miller is currently in his first year of coaching in any sport. The 24-year-old has enjoyed his experience thus far working with the girls on the volleyball court.

“They’ve been excellent,” said Miller. “At almost every turn, they’ve outpaced my own preseason goals for where they would be in terms of skill and competitiveness. They don’t just attend practice and take what we try to teach – they actively seek out ways to improve as players. They have been extremely self-motivated in that respect, and it has made my job pretty easy.  We still have a lot to learn of course, but we’ve been hitting our benchmarks far faster than I could’ve anticipated.”

Miller, who grew up in Huntington, N.Y, started his teaching career in Bolivar County at Ray Brooks High School in Benoit in the 2019-20 school year. He came to Ray Brooks courtesy of Teach for America. After Ray Brooks closed, he went to McEvans High School where he is currently in his second year.

The potential Miller had in volleyball was noticed when he would play a game called keep-it-up with his students before class started when he was at Ray Brooks. Keep-it-up is when a group of people hit a ball in the air with the objective of not letting it hit the ground.

“When volleyball teams were planned for the 2020-21 year, I was asked to interview and received the position,” said Miller. “Unfortunately, the program was scuttled that year due to COVID, but once it was revived for this year I kept the position.”

Miller has always had a deep love for volleyball.

“I enjoy it immensely,” said Miller. “I played beach volleyball over the summer growing up and became very fond of it.  I played much less in college, so coaching has really required me to brush up on my skills, but the passion for the game is still definitely there.”

Miller graduated from the University of Alabama with a Bachelor of Science Degree in economics and a Bachelor of Arts Degree in political science. When Miller isn’t coaching the volleyball team, he is teaching secondary social studies and AP human geography. Miller’s main course is United States history.

He felt coaching and teaching are a lot a like in many ways.

“I think there are plenty of similarities and being a coach has made me a better teacher,” said Miller. “The primary similarity is that teaching and coaching are both fundamentally about teaching the students skills.  People tend to see history class as memorizing names and dates, but I try to approach teaching history with the goal of teaching life lessons. In other words, when I’m deciding how to teach a particular topic, I ask myself what overarching principle or idea I want to stick with the students even once the details are long forgotten.  Accordingly, when it comes to volleyball, I have to remember that in the heat of competition the girls don’t have time to recall or process every little thing I or my assistant coaches have said, so we need to focus on building the basic skills and reflexes that will help them compete regardless.”

The job of being a teacher and a coach has Miller molding young minds every day.

“The time I spend with the students, both in the classroom and while coaching, is definitely the highlight of the job,” said Miller. “This is especially true now that I have a couple years of experience and know how to manage the workload better and run a more effective classroom than I did previously.”

With McEvans having its first volleyball team, Miller has developed a lot of respect for the girls.

“Although I’ve known many of the girls from having taught them, I admire their work ethic and perseverance more than ever, both on and off the court,” said Miller. “I assumed that with volleyball being a new sport at McEvans, expectations would be low and that might filter into the mindset of the team.  Fortunately, the girls have not let that happen at all. They fight for every point on the court and have shown tremendous dedication to practicing and preparing as well as they possibly can. It’s been a great privilege working with them all so far, and I’m looking forward to great things to come this season.”

With Huntington being in an area that’s almost 1,300 miles from where he’s teaching at in Shaw, Miller felt living in the Delta is a unique but positive experience.

“The Delta is certainly very different from anywhere else I’ve lived,” said Miller.  “I often tell people that moving from New York to Tuscaloosa for college was less of a transition than moving from Tuscaloosa to the Delta.  That said, I do like living and working here very much. The small schools, compared to N.Y., are probably my favorite thing about working here, since it allows me to get to know each of my students better than I would otherwise, and teach the same students several years in a row.

“By the end of next year, I will have taught some of my Ray Brooks School freshmen all four years of high school, which is an experience teachers in many other places don’t get to have.  Regarding the Delta more generally, there are a lot of things I like, including the food and the lack of traffic.  Ultimately the only factor preventing me from staying on a permanent basis is that my family is still entirely in New York.”

Miller added that even though his commitment with Teach for America is complete, he would like to continue to teach in the school district at least through the Spring of 2023.