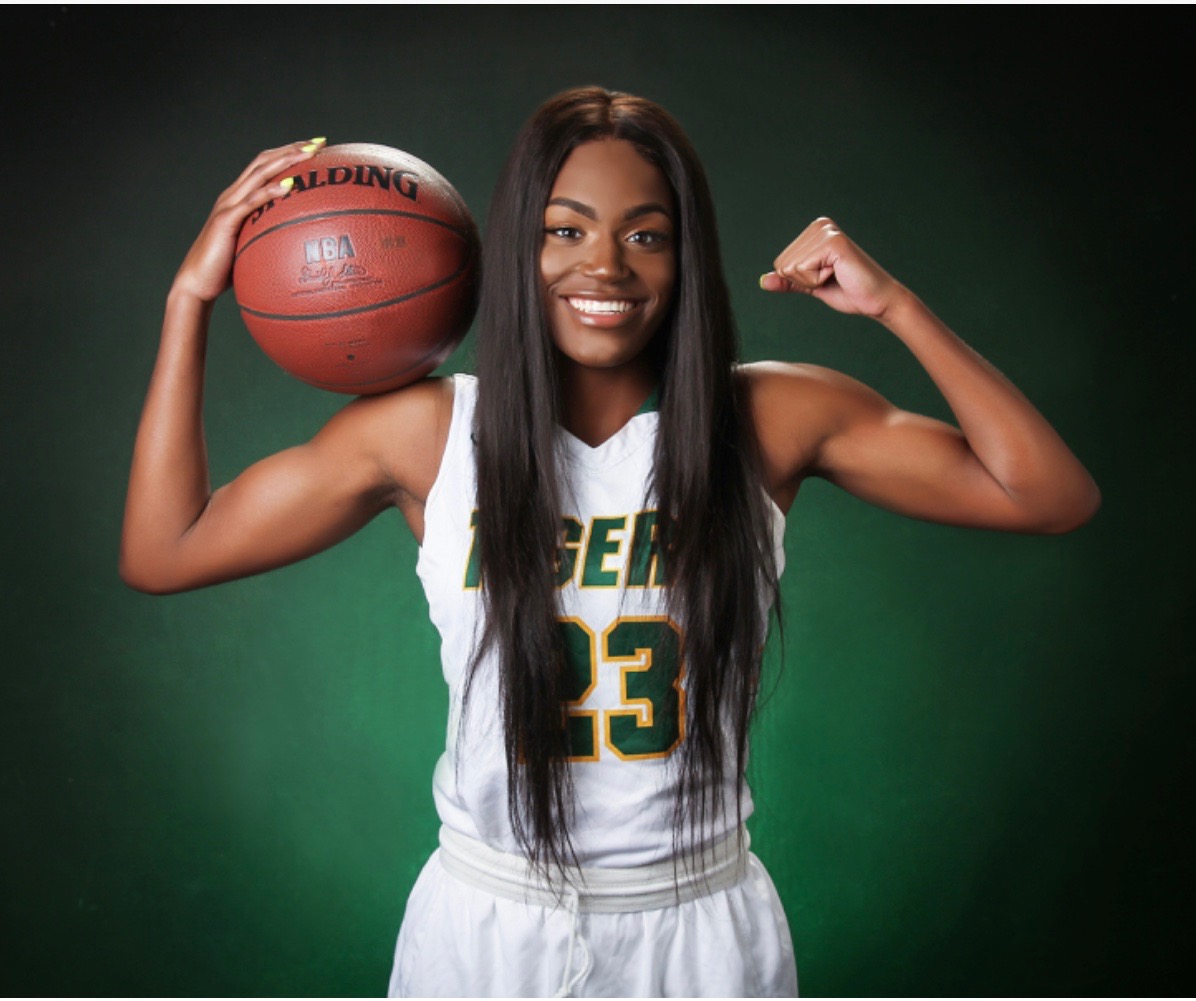 Bracey to take her skills to Ole Miss.

This past year, the talented forward turned in a wonderful senior season as she averaged 37 points, 10 rebounds, six assists and two steals per game. Her production enabled the Lady Tigers to go to the 3A State Girls Basketball Championship game which marked the first time in school history the team made the state title contest. Even though the Lady Tigers lost the state championship game to Senatobia 57-45 at the Pavilion at Ole Miss in Oxford on March 7, Bracey turned in a performance of mythic proportions as she scored 38 points and pulled down 10 rebounds with six steals. She was named the 2020 Gatorade Player of the Year for Mississippi and played in the Mississippi/Alabama All-Star game.

During her career at Thomas E. Edwards High School, Bracey averaged 31 points, seven rebounds and two steals per game. She finished with 4,296 career points and was named Player of the Year three times by The Bolivar Commercial and was named to the Clarion-Ledger’s Dandy Dozen team twice.

Her plays during her amazing career enabled her to get signed by Ole Miss. Ole Miss plays in the Southeastern Conference which is considered one of the top conferences in the nation.

Bracey can’t wait to hit the court in Oxford.

Despite COVID-19 putting an early end to her senior year of athletics, she was pleased with the run she had in basketball and understands the current circumstances.

“Even though we didn’t win, we still made a big impact,” said Bracey. “Then, to play in the Mississippi-Alabama game, I was still playing basketball after the season. The sport I play after basketball is track. To be on a high and then suddenly just going home and not doing anything because of the virus, I  hate it, but everyone has to be safe right now.”

In track, Bracey usually makes a strong showing for herself. In the 2019 3A State Girls Track and Field Meet, Bracey finished third in 200-meter dash with a time of 25.98 seconds.

“I don’t take it as serious as I do basketball,” said Bracey. “Basketball is my top sport, but track has been fun. I use it to stay in shape.”

Even though Bracey can’t meet with her coaches at Ole Miss yet, they stay in touch with her on a regular basis.

“We have contact over the phone,” said Bracey. “Occasionally on Friday, my head coach does provide the Instagram where she talks to different players and coaches. Most of the time, she contacts us by FaceTime, text messages or Zoom. It’s usually two or three days a week I’m in contact.”

Due to the concerns of the pandemic, Bracey hasn’t gotten word on when she will be able to report to campus.

Despite the uncertainties surrounding the pandemic, Bracey has maintained her determination to be ready for the college basketball season.

“I believe this (the pandemic) is all going to end, so I know that we still have to put in the work whether or not we’re going in yet,” said Bracey. “There’s going to come a time where I will report to Ole Miss, so I need to be able to handle the pressure of the new environment. I’m using that to motivate me to keep me going. I know in the end, I still have a place to go where I’m playing basketball, and I’m preparing to be on the next level.”

On the academic side, Bracey was ranked third in her graduating class at Thomas E. Edwards with a 4.0 grade-point average.