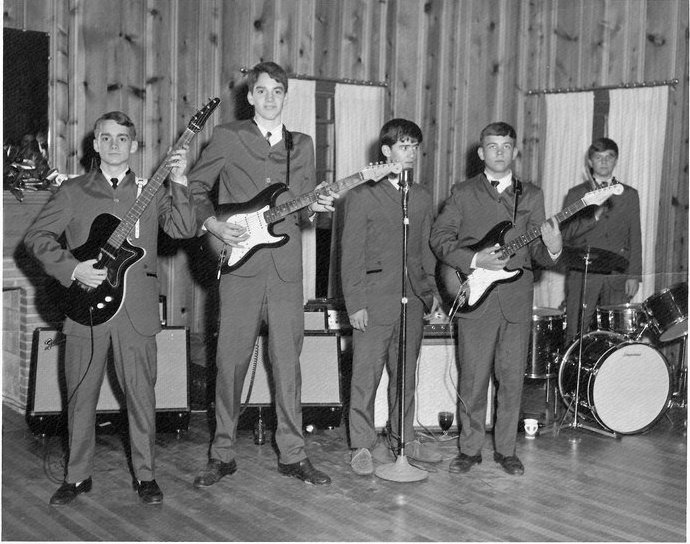 To this day, people still talk about Cleveland’s premier rock band of the 1960s

A fall Friday night in Ruleville, Mississippi, and the excitement associated with the weekly football game had come to fever pitch.  The students were almost excited about the band playing for the sock hop as they were the football game.  The Reets from Cleveland, Ms.  were playing tonight.  British Sterling and Jade East permeated the air in the Ruleville Youth Center and there was enough raging testosterone to energize the marquis at the Delta Theatre in Ruleville.  Football players with hair still wet from post game  showers  and ill fitting sport coats were starting to arrive to congratulatory pats and handshakes. There were several young future musicians standing close to the bandstand watching the musician’s every move as they put finishing touches on setting up their equipment.

The atmosphere was electric.   Suddenly, it’s on. The Reets lead guitar player, Alston Meek s begins the guitar riff of the Paul Revere and the Raiders tune, Kicks, followed by Teddy Buckley’s driving bass line that was a counterpoint to Meeks solo riff. Red and blue lights flood the bandstand. There was a scream in unison by the teenagers. The dance floor filled immediately and they were off the tarmac.

Multiply this scene by who knows how many times throughout the Delta in the mid 1960’s.  The Reets were composed of Jimmy Pambianchi,  Alston  Meeks, Don Turnipseed, Teddy Buckley, and Ricky McWhorter, all students at Cleveland High School..  Each one of these musicians grew  to be legends in the Delta, all because of  The Reets. Don, Teddy, and Ricky were members of the Wildcats Marching Band at CHS. Pambianchi was an avid blues lover, and Alston already had the reputation of excelling at most anything he tried. The Delta youth was  thirsty for the music of the Beatles, Rolling Stones, Otis  Redding, and peaking musical acts of the 60’s. They needed to hear it live. The Reets proved to be the band that delivered.

The Reets formed in 1965 when they were still in high school in Cleveland, Mississippi.  Jim Goudelock, now a resident of Colorado , was equipment tech and ran lights for the band.  Goudelock  recalled, “They didn’t play anything they didn’t like…if one wanted to play something and the rest vetoed, it didn’t make to the songlist, no matter how popular it was….. it usually took 2-3 songs to find their groove at a gig, but after that it was magical…” The late Duff Dorrough,  the renowned Delta guitarist, singer and songwriter, talked about The Reets with  respect and admiration that seems commonplace among musicians that grew up in the Delta from that era.  “No solo trips here,” Dorrough once said. “If Alston Meeks’ lead guitar and Don Turnipseed’s drumming were obvious focal points for starters, Ricky McWhorter & Teddy Buckley’s back-up harmony and later, their trumpet playing were just as important to the band’s overall sound.”Jimmy Pambianchi was the perfect mid-Sixties soulful rebel vocalist, and his earnest hoarse treatment of British Invasion gems was no less powerful on medleys by The Temptations, The Rascals, and The Four Tops. One particular song that featured Alston’s rapid fire lead guitar intro and Jimmy’s sincere world-weary vocal was James Brown’s “This Is A Man’s World”. It was quite a show stopper for a bunch of high school kids.“As happens with talented bands, we shifted focus as to who was our favorite: Turnipseed, playing with the butt end of his dumsticks, twirling one, flipping the other and shaking his long straight hair out of his eyes to reveal a birthmark over one eye that was so perfect, just so cool,” said Dorrough. “Ricky, in silent communication with Buckley, both finally busting out with a ringing ‘ooh’ or ‘ahh’. Pambianchi, the wounded screamer, voicing our universal message: ‘ooooouw!’ And then Alston,  the firecracker lead player back when speed mattered so much. And later, Hank Martin, who’s mature vocals and trumpet playing signaled to us that these kids were growing up.”Although they only recorded one studio 45 rpm record, “Why Can’t Time Stand Still/Til You Brought Me You” at Lyn Lou records in Memphis, The Reets continue to pop up on the Internet on  different sites.

The immediate positive feedback from a fan created Facebook page, the members of the page from across the nation demonstrated The Reets’s profound affect that they had on the 1960’s generation in the Mississippi Delta.

“No doubt  about it, they were our musical  heroes,” said Dorrough summing up the band from his youth in the 60s.