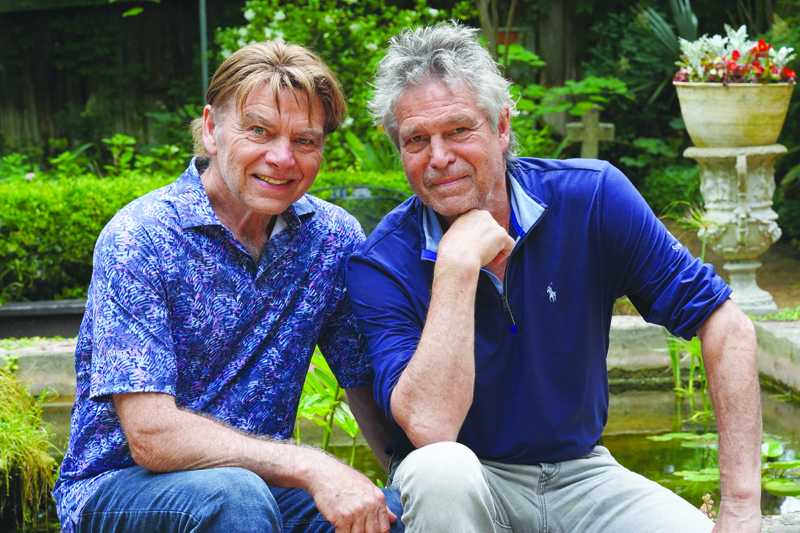 Michael and Roger Fisher, founders of the rock band, Heart, visited Bolivar County this past weekend. Roger is the founding guitarist of Heart and co-wrote and plays guitar on the Heart classics, “Crazy On You”, “Magic Man”, “Barracuda”, “Love Alive” and so many other Heart songs. The Fisher brothers have been visiting the Delta for many years.

“Of all the incredible things that can be found in the South, nothing equals the experience and heart of the Delta’s people,” said Roger.

The Fisher brothers live in Seattle and in 2013, Roger, along with the other original members of Heart, were inducted into the Rock & Roll Hall of Fame. Heart has sold over 35 million records worldwide, including approximately 22.5 million albums in the United States.

This photograph was taken by The New York Times Best Selling author, John Ramsey Miller in the garden at McCartys in Merigold.

Additionally Miller produced a series of photos after setting up a ‘studio’ at Angola Prison’s Death Row.

Miller was born in Greenville. He attended Delta State University in Cleveland where he studied art. Miller currently lives in North Carolina.