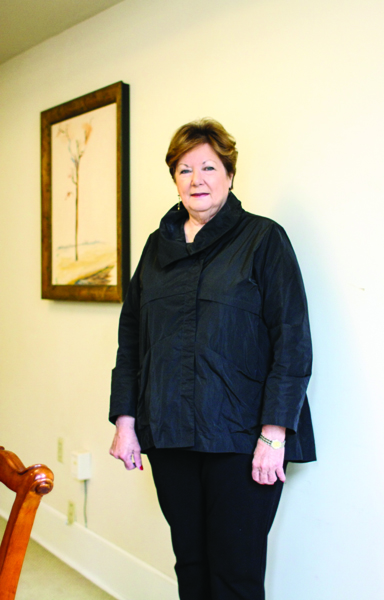 Working to maintain the city’s charm and implement new projects

Established in 2017, The City of Cleveland’s Beautification Commission is charged with maintaining the town’s esthetic as well as developing and implementing new projects all with the goal of keeping and adding to Cleveland’s charm and aesthetic appeal.

A committee existed many years ago in Cleveland before giving way to the Chamber of Commerce taking over the city’s beautification projects; however the City itself passed an ordinance officially creating the new Beautification Commission. Dr. Myrtis Tabb has been the Commission’s only Chairperson since its inception having been appointed to a three-year term by the Mayor and the Board of Aldermen.

“We are funded by–and provide the minutes from our monthly meetings–to the City,” said Tabb. “The Beautification Commission itself, however, is made up of a total of nine commissioners, including our Vice Chair, Jane Dunlap, the person behind all of our beautiful downtown rose bushes, beds and gardens. Jane has a long history of working to keep Cleveland beautiful and I dare say there’s no other town in our part of the state having anything to compare with the loveliness and uniqueness of our rose beds downtown.”

The result of the Commission’s work has been visibly tangible with just one example being Cleveland declared Tree City USA for the past two years in a row.

“Two of our commissioners, Mary Anna Davis and Adolph Hilliard led that effort and were responsible for helping us receive such a wonderful designation from Mississippi Forestry Commission,” said Tabb. “We’re extremely proud of it, of course. I’m personally also proud of the work we’ve done in partnership with the Master Gardener program through the Bolivar County Extension Service. Over the past two years the master gardeners have been asked to assist the city with the downtown planters and the end results have been beautiful. So many people, including visitors, have commented on how pretty they are and how much they add to the area. We also hung some large, wrought iron baskets that can be found along our downtown light poles and they are absolutely stunning. Several of us had seen similar baskets when we were on an out of town visit and thought Cleveland would benefit from the same look. We raised the necessary money and had the baskets, filled with gorgeous, blooming plants, hung.”

“One important project the Commission is currently working on, joined by several different groups and partners, is renovating our downtown breezeway. We’re giving a great deal of attention to that project and it’s important since parking has become a premium downtown and we want to encourage visitors and our local citizens to use two parking lots located at the back of the stores.

I can’t discuss all the plans now but we hope to make the breezeway an attraction that will make people want to come to Cleveland just to see it,” said Tabb.

The Commission recently assumed the leadership role to maintain the designation of Keep Cleveland Beautiful as an Affiliate of Keep Mississippi Beautiful and Keep America Beautiful. There are several criteria and standards to be met to earn this designation.  However, it is important because there are opportunities for funding for some of our downtown projects.

“We take a great deal of pride in keeping downtown, and the rest of the city, beautiful and more liveable,” said Tabb. “And we are fortunate to be able to partner with a City Public Works Department that works extremely hard to keep up and maintain what we have in place and ensure that it stays clean eand well kept. Cleveland is blessed with people who are willing to give of their time and funds to keep our town beautiful.  We are also fortunate to have the support of Mayor Billy Nowell and the Board of Alderman. With the support of many people and organizations, I’m so pleased with what we’ve been able to accomplish in just three years’ time.”