The History of Litton Community 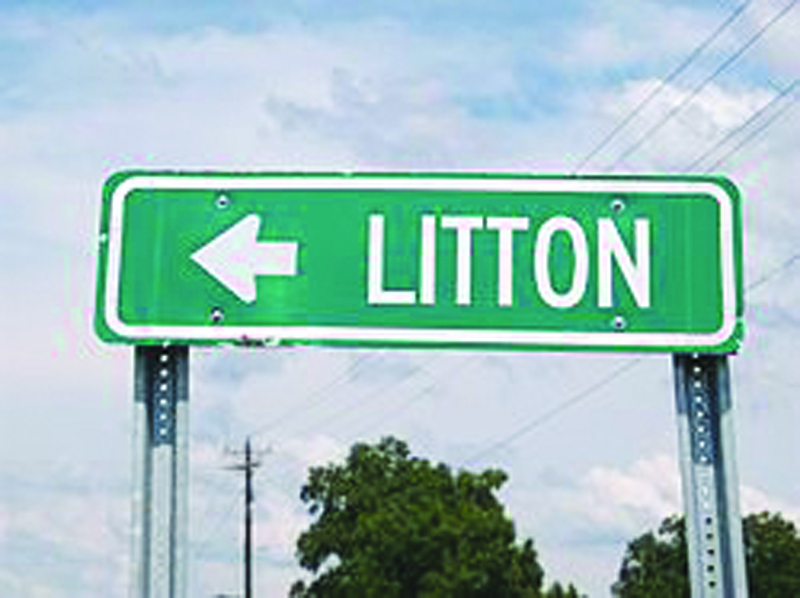 Strong family ties for more than a century

Litton is an unincorporated community located in Bolivar County approximately 10 miles east of Benoit and approximately seven miles north of Shaw and six miles due west of Hwy. 61. A history of Litton was written in 1976 by Lora Baker for a homecoming service held at the Litton Methodist Church. Not much remains in the area, but the memories–and significance of the small community–still remain.

Bill Litton learned, through an advertisement in a Hickman County, TN newspaper, of the sale of a Mississippi Delta community at $7 per acre with seven years to pay. After traveling to Shaw to survey the land, Litton purchased 160 acres on March 17, 1902. Later, in December of that same year, Litton and another would-be purchaser by the name of Will Bowen, brought their families back to the land in a makeshift covered wagon–and the Litton Community was born.

Over the next few years, more families came to live in Litton and the need arose for a school and a church, which were built, along with a railroad that was built in 1906 from Helm, just south of Shaw, that came through Litton. By 1912, there were one hundred families in the community, the majority of whom were Littons by name. The Litton Methodist Church began holding two services a month after being built as a one-room wooden structure in 1914. Two years later, in 1916, Litton Consolidated School was constructed, consisting of four classrooms and an auditorium.

Through 1930, Litton continued to grow with more people settling in the area, and for many years the Methodist Church had to share its facilities with other denominations seeking a place to worship. James Litton, a descendant who lives in the area today, said the community was so close knit that “all of the boys on the baseball team would be in church on Sunday morning and then the congregation would all go see them play after services were over!”

Delta Electric Power brought electricity to Litton in the early 1930s and growth continued until the outbreak of World War II and America’s entry into the conflict. Most of the young men of the town left to enlist while, subsequently, other residents moved away due to field hands being replaced by mechanical farming equipment.

Attrition was ongoing even though those who remained stayed as close as ever and kept the community even as church membership declined and the 1958 closing of the school, which was consolidated with Shaw. Through her recollections, Lara Baker, along with Mary, Frances and Kay Litton and Frances Pentecost, kept the history of the town alive in their mid-80s research even as Litton was, by that time, populated by only a few families.

The aforementioned James Litton, who lives with his wife, Gerda–who he brought to Mississippi from her home in Munich, Germany when he was stationed in the Army–in the community today, noted that many of the grand old homes that were built when Litton first began are long gone, having been razed. “The church is still here but is in disrepair,” he said. “Unfortunately, several years ago young people would use it as a place to throw parties so the decision was made just to let the grass grow up around it.”

“I have many fond memories of growing up here,” said Litton, “and it’s funny to realize how small the world is sometimes and what people know. As an example,when I was stationed in Germany in the mid-1960s, I was participating in a military parade in which a General Fondren was presenting medals. I was leading my platoon in a march and, afterward, I was called over to see the General–I had no idea what was coming. Thought I was in trouble!” he laughed.

“Anyway, I go up to the General as ordered, right there in the middle of him handing out these medals, and he asks me, ‘Son, where are you from?’ When I answered ‘Litton, Mississippi,’ he told me he knew exactly where Litton was and that he and my father had played ball together as boys!

“There are probably only 30 or 40 folks living here now, though, and my son and I are the last of the Littons,” he said. “Still, it’s a wonderful place to live and have great memories.”