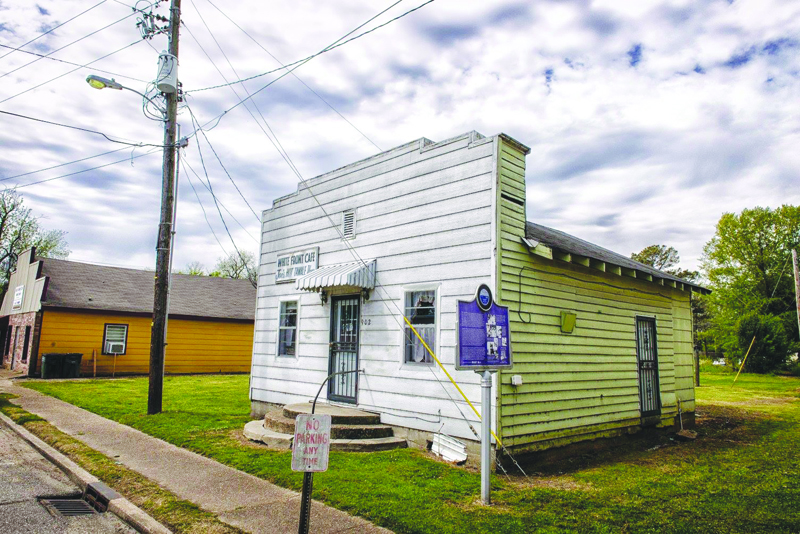 When you are known for your tamales around the Delta and beyond, you know you’re serving up some great ones. And, if you visit the White Front Café, located at 902 Main Street in Rosedale, also known as Joe’s Hot Tamale Place, they’re serving them up. The White Front offers one thing and one thing only: hot tamales.

Barbara Pope is the owner of the wood-framed house which serves as the restaurant, a business that she inherited from her brother, Joe Pope, who was so good at making homemade tamales many people called the restaurant Joe’s Place because of him.

“My older brother ran the place for years, so a lot of people just called the restaurant Joe’s Place instead of the White Front Café,” said Pope. “I’m not sure exactly how long Joe had the place because I moved away for 35 years. When I moved back, my brother was still running the restaurant. He passed away in 2004.”

The tamales made by tamale-master Joe became renowned, the recipe learned by Joe from either the father or daughter of longtime Rosedale resident, John Hooks. Legend has it that Hooks’ daughter learned from a Mexican gentleman who was traveling through the Delta from Texas, but Pope isn’t sure of that one. She had always heard it was Hooks’ father who taught her brother how to make the famous tamales. Either way, they have become a legend all on their own.

“As a child growing up, there was a man by the name of Hooks and he was the first person that I knew of that made tamales around here,” said Pope. “And, he was blind. I can remember him making his tamales back in the 1950s. He left and moved north when he fell ill and couldn’t take care of himself. But, years before, Mr. Hooks’ father, who lived here too, knew the tamale recipe and he got permission from the family to teach Joe how to make the tamales. So, after Mr. Hooks became ill and left, there was no one here that I knew of that made tamales, so Joe began to make them in the early 1970s.”

Today, Pope is carrying on the tradition by hand making the tamales from the longtime recipe, but with a little bit of a difference, just as her brother had done for years.

“What happened was, once Joe had the recipe for the tamales, he was advised by Mr. Hooks to change it somewhat and make it his own. And, that’s what my brother did. When Joe gave me the recipe, he was in the hospital at the time, he advised me to do the same thing. Use the recipe, but put a twist to it, so it becomes my own. When Joe gave me the recipe he had had a massive heart attack and he only lived about a week after that, so I began running the restaurant in 2005. I had had no plans on carrying on the tradition of making tamales, but the customers insisted that I keep the place open, so that’s what I did.”

The White Front Café has trimmed back its hours somewhat due to the pandemic. You’ll find Barbara Pope serving up those famous tamales on Friday and Saturday from 11:00 a.m. until 5:00 p.m.